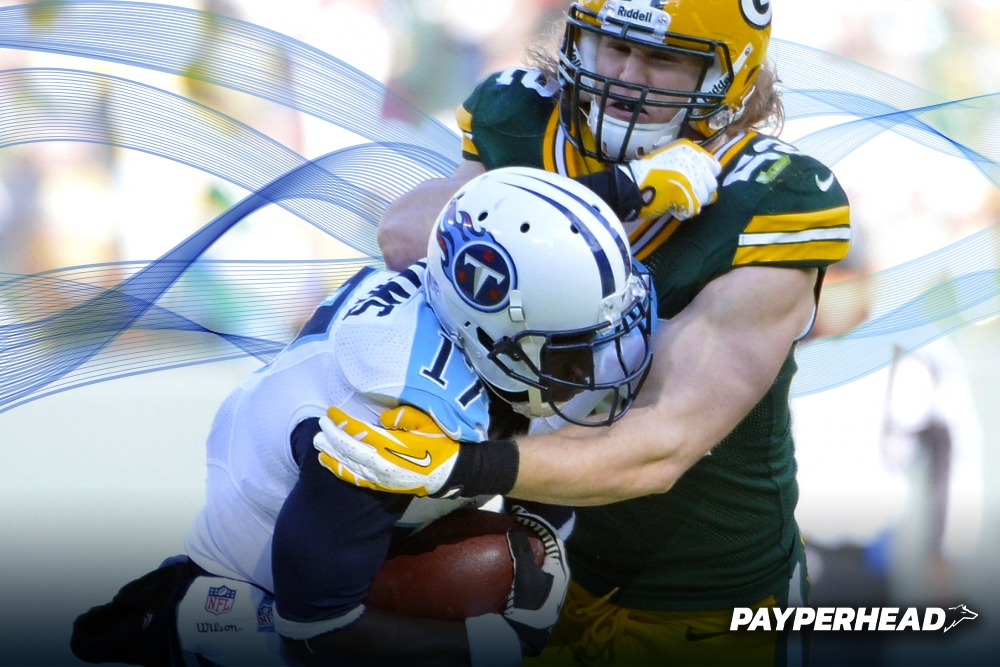 Things get off to a fantastic start in NFL Week 11. Pay per head agents should see significant action on the Thursday night tilt between the Titans and Packers. Then on Sunday, the Jets take on the Rams, and the Cowboys throw down against the Vikings before a massive NFL Week 11 Sunday Night Football battle between the 49ers and Cardinals. Keep reading for a week 10 recap and a preview of NFL Week 11.

Dogs have barked every week this NFL Season. In week 10, a small dog let out a huge bark when the Minnesota Vikings upset the Buffalo Bills 33-30 in overtime.

The Bills entered the game a -6.5 favorite. Rumors had swirled all week that Josh Allen wasn’t one-hundred percent.

JA wasn’t the issue. He did his part leading the Bills to a 24-10 lead at halftime. The Bills’ D imploded to the tune of 23 second-half points.

Other money line chalk losers included Dallas falling to Green Bay, the Rams blowing a home game against the Cards, the Bears losing at Soldier Field to the rival Lions, and the Philly falling for the first time this season in a Monday night contest versus the Commanders.

On to NFL Week 11 where bookie software agents had better set max limits on all dogs to win straight up because favorites are once again at risk.

Bookmaker Software Tips for Week 11 in the NFL

The story in this Thursday night football game should be injuries. The Packers are relatively healthy, but the Titans must play without a few key players.

Linebacker Bud Dupree and defensive back Amani Hooker could be the most significant of Tennessee’s injuries. If Aaron Rodgers and the Packers offense is back, GB scored 31 in the upset win over Dallas last week. The Cheeseheads have the edge.

Action Prediction: All the money is falling to the Packers in this Thursday night football game. But as more money goes to Green Bay, pro players will turn to Tennessee. Expect the Titans to boost their 42% to at least 45% and become one of this week’s top straight up picks.

Cooper Kupp is out until late December, which is why so many are jumping on the Saints. But New Orleans has issues along the offensive line, and the Rams’ D-line is plenty good enough to give N’Awlins QB Andy Dalton trouble.

After some debate, Saints head coach Dennis Allen decided to stick with the current starter. So Andy gets the pigskin.

Still, the Saints’ offense has to get back on track eventually. Also, NO has the mental edge because the Rams can’t feel good heading into the Big Easy without Cooper.

Action Prediction: Players have boosted the line from Saints -3 to Saints -3.5. Pro players might stay away. Or they might go to New Orleans because Kupp accounted for so much of the Rams’ offense.

In the first head-to-head, Zach Wilson threw three interceptions, which is how the Patriots beat the J-E-T-S 22-17.

As betting program bookies might expect, players don’t believe Wilson has another bad game. So far, by a 6-to-4 margin, NFL handicappers are backing NYJ to cover.

Action Prediction: The Jets’ money line could see massive action. Pros can’t jump on the Patriots as long as the line remains -3 to -3.5, knowing the Jets outplayed NE in the first contest.

The Bears are on a 2-game losing streak. Both losses were one score games.

Most believe the ATL offense won’t keep up. Not only that, but the Falcons host the Bears on a 2-game losing streak.

Action Prediction: The 61% of players backing Chicago and taking the points should hold. The Bears are terrible, but Marcus Mariota and Atlanta’s O averages only 23.2 in each matchup.

Since acquiring linebacker Roquan Smith, Baltimore’s D has allowed 22 points to Tampa and 13 to New Orleans in a couple of wins.

Action Prediction: Nobody believes in Baker Mayfield, but many feel Baker is an upgrade over P.J. Walker. Also, pros and Joes feel like 13 are too many points to lay. 55% of the money is going to Baltimore.

Washington must prevent the trap game. D.C. handed Jalen Hurts and the Eagles their first loss of the season this past Monday night.

Houston plays well, but they’re getting just 3.5 in this. The Commanders will start Chase Young on Sunday, boosting their defense big time.

Action Prediction: 65% to 70% will go with the Commanders. Price per head agents should use all tools to prevent a Texans’ win from hurting their bottom lines.

The Bills host Cleveland on a 2-game losing streak. Buffalo failed against the Jets in NFL Week 9. Then in week 10, the Bills allowed Minnesota to rally for a victory, making this a huge game for the Super Bowl chalk.

The Browns are a disaster. Cleveland’s D ranks thirty-first, almost dead last, in the number of points allowed each game.

Action Prediction: The Browns give up over 26 per contest, which is why, although Josh Allen probably isn’t one-hundred percent, bookmaker software players are dumping on the Bills.

Will the Eagles bounce back? That’s the big question heading into their first game post the initial season loss.

Washington beat Philly by rushing the football. The Colts have a decent rushing attack led by Jonathan Taylor.

The Eagles allowed the Texans to rush for 168. In the loss, the Commanders rushed for 152. A Philadelphia victory isn’t a certainty.

Action Prediction: More football bookie handicappers believe the Eagles will bounce back with a win and cover. But it’s a small margin.

56% are going with the Eagles while 44% are on the Colts. Sometimes, it takes a single loss for a team’s season to implode. That could happen with Philadelphia.

The Giants are 7-2. A raging debate among NFL fans and bookie website players is whether the G-Men’s record is due to the Giants being a legit 7-2 squad or if it’s all Brian Daboll.

The Giants’ head coach is an offensive genius. The tenth week game versus the Lions, who are looking to win three straight games.

Action Prediction: Ever since the Giants upset the Green Bay Packers, NYG has flown high. Only 29% believe the Lions’ two straight games winning streak is legit.

The Raiders might be the worst team in the NFL. Houston has a more wretched record, but it’s only by half a game.

LV has a horrendous offensive line. The Broncos’ D-Line should punish Derek Carr.

Action Prediction: 55% are on Russell and the Ponies, and 45% are on the Carr and Sin City. Expect close to even money in your online bookie software company.

Cincy heads to Pittsburgh, looking for revenge over an NFL Week 1 home loss. But the Tigers have the day’s most important trend, and it’s not positive.

Cincinnati is 10-22-1 against the spread in the last 33 meetings. Also, the Pittsburgh Steelers Sunday matchup happens on the dog’s field.

Action Prediction: Most players aren’t paying attention to the notable trend. 57% back the Bengals to cover the 3.5 points. The closer we get to kickoff, the more money should flow to the Steelers.

Even after a come from behind victory over the Bills in Buffalo and a Cowboys implosion at Lambeau as the chalk, oddsmakers haven’t bought into the Norsemen to win the top Sunday afternoon game.

Players have, though. 35% are backing Dallas to cover. Also, this will have playoff picture implications.

Will this game end in another magical Minnesota Vikings Sunday?

Action Prediction: Is Minnesota the best team in the NFL? Maybe. Right now, players believe they’re better than Dallas. 65% are on the Vikings.

So we should expect Minny to end up the favorite before kickoff.

Kansas City is 8-1 against the spread in the last 9 meetings on the road versus the Bolts, which explains why so many believe KC punishes a Chargers’ defense that allows 146.8 rushing yards and over 25 points per game.

The playoff picture in the AFC West should change after this game. Kansas City could be vulnerable to losing the West if the Bolts win.

Action Prediction: Money has evened out some. Earlier in the week, most were all over the Chiefs. Now, 45% have landed on LAC.

Kansas City is just 3-5-1 against the spread. So it makes sense why many players would want to back the Chargers. It’s tough to predict where the money will go in this game.

Pay attention to action and adjust your book to ensure profit.

San Francisco will step onto the field at State Farm Stadium, the site of this season’s Super Bowl, a huge road chalk. The reason is that Arizona’s two quarterbacks, starter Kyler Murray and backup Colt McCoy, show questionable designations.

Action Prediction: Players have either disregarded the fact that Colt and Kyler may not play or failed to notice. 60% are taking the points.

If neither plays, the Cardinals are in big trouble. The pros will back the Cards and grab the points if either plays.

Get up to 3 months cashback when you transfer to PayPerHead

Switch to PayPerHead and take part in a great promotion. You’ve taken the time to develop a viable sportsbook business.

You deserve a promotion that speaks to your bookmaking experience and how you’ve created a long-lasting organization. If you transfer players to PayPerHead, depending on your sportsbook size, you can get back up to 3 months cashback.

Not only that, but we have your back and will negotiate a specific price. The more players you have, the less you pay.

Bookies at your level deserve treatment like the professional you are. 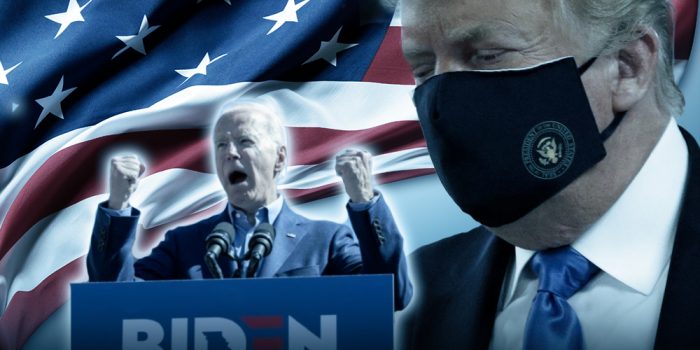 U.S. Presidential Election betting odds favor Biden. Will the next debate and Trump's recovery over... 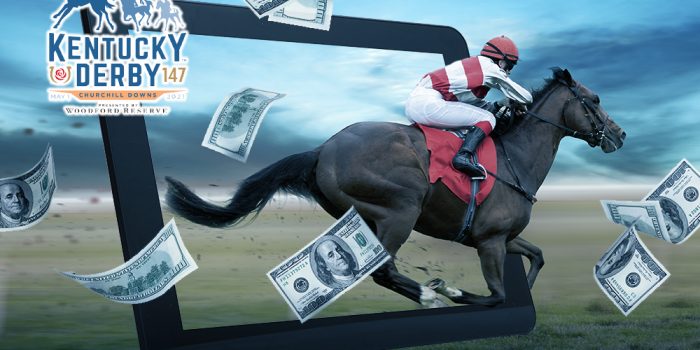 After the pandemic affected the 2020 Kentucky Derby, the best three-year-olds in the world are... 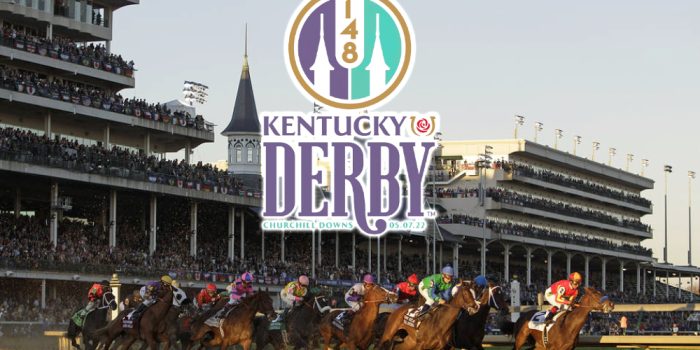 On Saturday, May 7 2022, the best three-year-old horses step into the starting gate at...