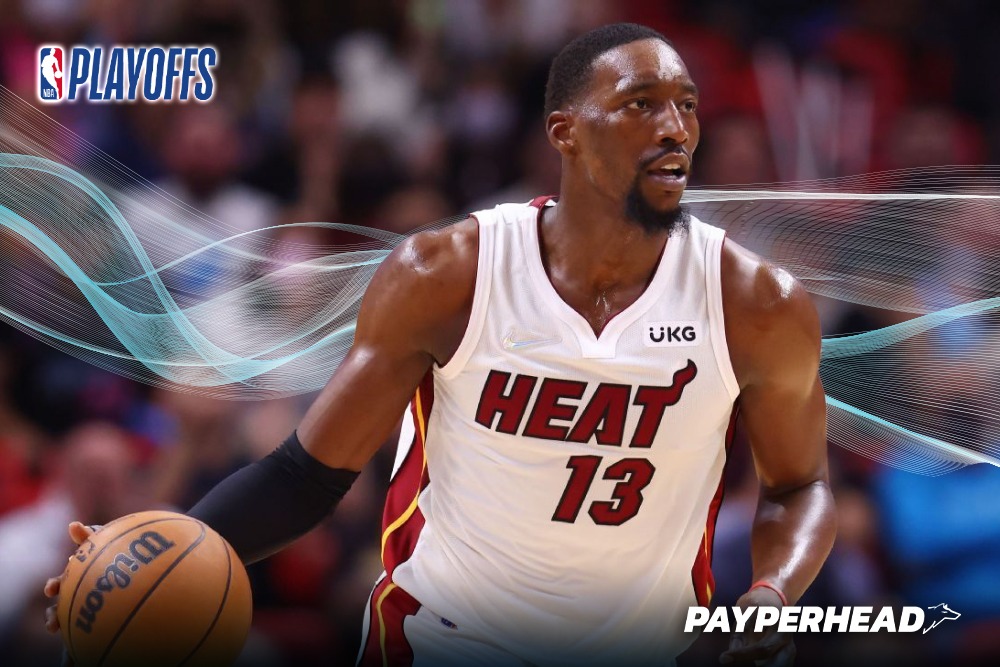 The NBA Playoffs 2022 are kicking. So far, teams like the Phoenix Suns and Golden State Warriors have dominated.

Will the Nets turn it around against Boston? Or are the Celtics destined to move to the second round?

The NBA Playoffs schedule 2022 lists the NBA Finals with a June 19 start date. The first and second round series, though, should be over before May 1. Keep reading for how pay per head agents like you can manage the current first round series, and an NBA Playoff look ahead.

Although the Timberwolves beat the Memphis Grizzlies in Game 1 of their best-of-7 series, for the most part, favorites have dominated.

Check out a first round update for all eight series. Then, keep reading to see how to manage NBA Playoff betting.

In the first game, Jimmy Butler and his mates dominated the Atlanta Hawks 115-91. What’s so interesting is that Butler didn’t score that much.

Bookmaker software agents know Jimmy B. can take over if he must. The ATL doesn’t have much of a chance.

Even if Trae Young goes off, the Heat should win because Clint Capella is hurt. Without Capella, Bam Adebayo can sneak out to the three-point line and make life hard for Trae and the rest of Atlanta’s shooters.

Boston versus Brooklyn is shaping up as a classic

Brooklyn appeared to have Game 1 in the bag. The Nets had the Boston Celtics on the ropes. But the Cs rallied to tie the game.

Then, Jayson Tatum made a last-second shot to hand the Nets another loss. What’s so disturbing if you’re a Brooklyn fan is that Jayson scored a layup to win the game.

In the 2022 NBA Playoffs, Milwaukee’s domination of Chicago continues

During the regular season, Milwaukee had put a beating onto Chicago. The Bulls played much better in Game 1 than many expected, but the Bucks got the game in the end.

Giannis, like always, played great. So did everyone else with Milwaukee. The Bulls will have to be close to perfect to win a single game against the Bucks.

Can they? Perhaps, but Milwaukee is the type of team to get better as a season continues. So don’t hold your breath if you’re a Chicago fan. 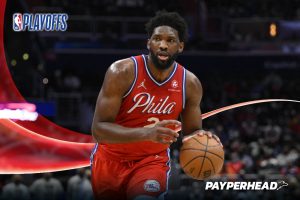 Philadelphia is up 2-0 over the Toronto Raptors. The 76ers may not lose a game.

Toronto’s issue is containing Joel Embiid. The likely NBA MVP has the Sixers playing like an Eastern Conference winner.

Phoenix covered against the New Orleans Pelicans in Game 1. But the Suns covered by a single point.

Still, it doesn’t look like the Pels have much of a shot versus the best team in the league. The Suns ended the regular season sporting the league’s best record. So far, so good.

The Valley should roll to a four-game sweep.

2-seed Grizzlies in a dog fight with the T’Wovles

Memphis entered the first game versus Minnesota ready to show they could beat the Warriors and the Suns and win the West. After the first game, the Grizzlies may not even make it out of the second round.

Minnesota is a good basketball team. They showed in the first game, upsetting the Grizzlies. Unless Ja Morant takes over and the Grizzlies figure out how to stop Karl-Anthony Towns, Memphis’ playoff run could end before it begins.

Golden State Warriors are playing much better than a 3-seed

Steph Curry is one-hundred percent, and Nikola Jokic can’t do everything by himself, so the Warriors have destroyed the Denver Nuggets in two games.

The Golden State Warriors won’t lose a game in this series. Expect a sweep.

Utah upset Dallas in Game 1. In Game 2, the Mavericks stormed back for a victory.

Who knows what will happen in Game 3? Whichever team wins this series should have an impossible time against the Phoenix Suns in the second round.

Check out how online bookie agents can manage NBA Playoff betting. Take our advice to ensure a profit, and then sit back and watch the action roll into your book. 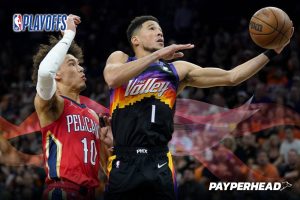 2022 NBA Playoff against the spread management

Use your layoff account. Don’t expect teams to cover. The Suns were in control of Game 1 against the Pelicans but covered by a single point.

Spreads are tight. So don’t mess around with your potential profit. Use your layoff account no matter if the dog or the chalk attracts the most action.

But even though the odds on NBA Playoff 2022 totals are as close to perfect as possible, total savvy players make big money by concentrating on a single team and playing over or under the total.

Keep that in mind. Use your layoff account on totals the way you do against the spread bets.

Bookie agents may have already seen an uptick in prop bets. An agent should set max prop bet limits on their bookie websites to ensure success.

Sign-up with us if your current pay per head sportsbook provider doesn’t offer a props platform. Our Premium Props platform allows players to build props.

Prop builders are the new way for many pay per head bookie agents to increase action. During the NBA postseason, where individual performance matters more than the regular season, a prop builder should increase your PPH bookie site activity.

Set max limits on all future bets. Unless, of course, a team goes up three games to zero in a series.

If that happens, it’s doubtful the 0-3 team will come back and win the series. Therefore, the losing team won’t win the conference or the NBA Finals.

Other than 0-3 teams in a series, per head bookmakers should set max limits on any team with a shot to win their conference or the NBA Championship.

Our current promo allows agents like you to use our proprietary basketball sportsbook software free for two weeks.

Then once you have become comfortable with the software and see how much more action our software generates, we’re sure you will want to stick with us.

In addition to generating 23% more action on average no matter the sportsbook’s size, we provide an Agent Payment Solution that allows you to pay and collect online. Players can deposit directly into their betting accounts. 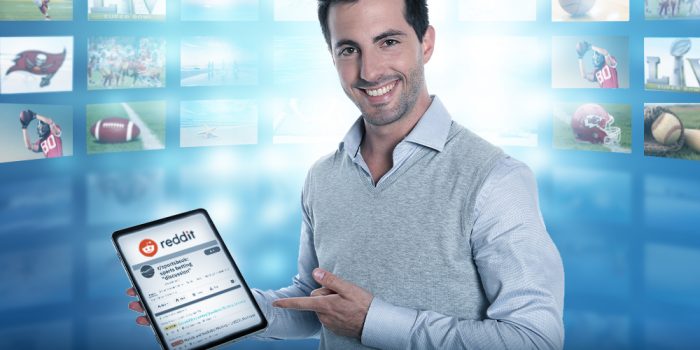 Although there are numerous ways to promote your pay per head sportsbook, one way you... 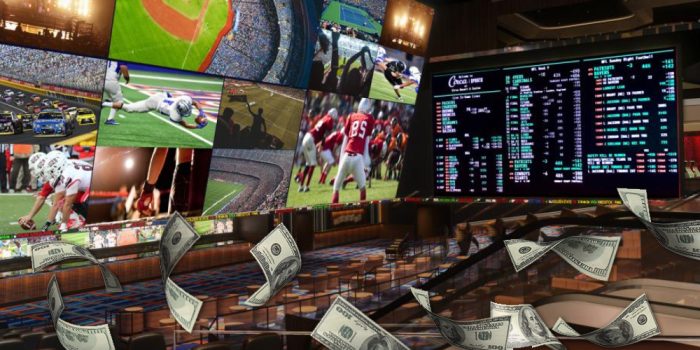 What is Sportsbook Betting? Agents Can Attract Players by Explaining

Almost every American adult knows about sports betting. Whenever you get into a sports argument... 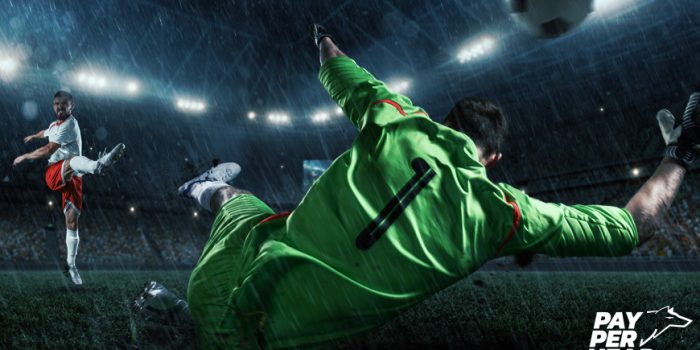 Get Up-To-Date With The Premier League & Bookie Tactics To Consider With football season officially...