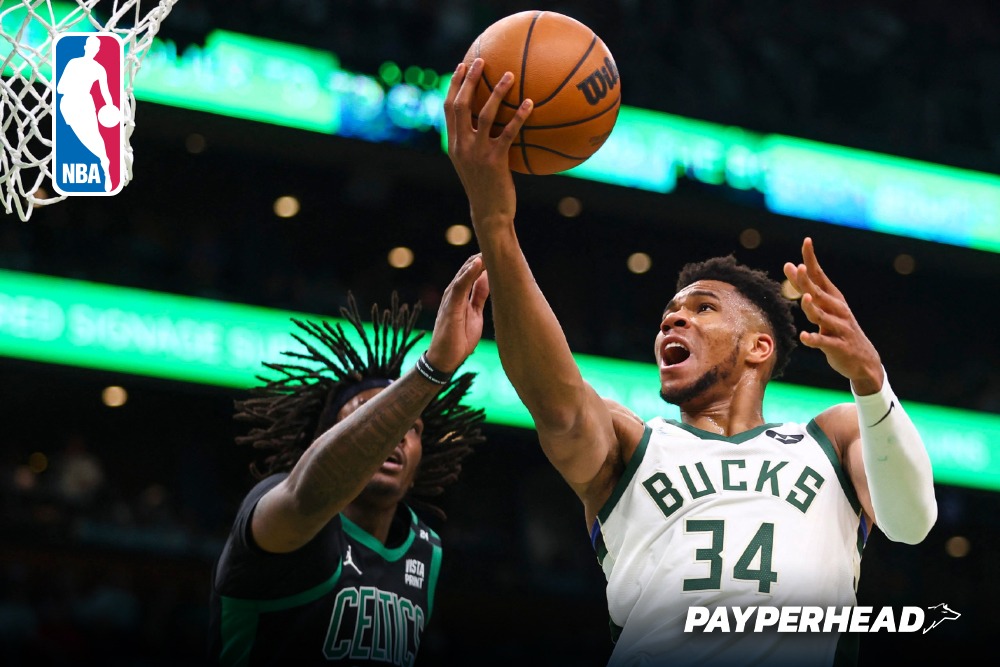 Most bookie website agents give only a passing glance to the National Basketball Association. The playoffs won’t drive nearly the action that something like the NCAA March Madness Tournament will.

Also, the NFL Draft happened last week, which is another reason eyeballs and dollars have yet to fall on games in the Association. But starting this week, the first week of pro basketball’s conference semifinals, that should all change.

The more games NBA teams play, the more action pay per head agents should see landing on their bookie websites. Action should be solid for the NBA Eastern Conference Semifinals. At this writing, the Boston Celtics were on their way to evening up the series versus Giannis Antetokounmpo and the Milwaukee Bucks.

Check out a conference semifinals update. Then read about why, especially since we’re heading into the annual pay per head sportsbook lull, after the NBA and before the NFL, you must give us a call for a free consultation.

All you must do is get started or call us at 1-800-605-4767. One of our software experts will discuss your sportsbook and how our software can help you make more money.

In the first game, Giannis took over, and that was that. The best player in the NBA scored 24 points, grabbed 13 boards, dished 12 times, and blocked a couple of shots when leading the Bucks to an improbable 101-89 first game victory over the Cs.

But although Giannis and the Bucks dominated, as we mentioned above, Boston was rolling in Game 2. The Celtics were up 72-52 over the Bucks.

Giannis, who at the end of his career could eclipse MJ as the best ever, had scored 17 with about 5 minutes left in the third. Unless Antetokounmpo takes over in the fourth, Boston will tie the series.

Both the Cs and the Bucks can win the NBA Finals. So don’t sleep on either squad. If your bookie software alerts you to a significant bet on either to wear rings at the end of the playoffs, use your layoff account.

It isn’t easy to see either team giving an inch regarding this series. A 7-game series should be in the cards.

Unlike Boston versus Milwaukee, Sixers versus South Beach shouldn’t go past 5 games, much less 7. The Heat have a serious advantage.

The advantage isn’t because Miami is the best three-point shooting team in the league, although it helps. No, the real benefit is that Philly center and soon-to-be NBA MVP Joel Embiid suffered a broken orbital bone in the 76ers’ 132-97 victory to close out the Toronto Raptors.

Big Joel is the most valuable player to his team in the league. So winning the MVP makes sense. Unfortunately for Embiid, he wanted to add an NBA Championship trophy to the mantle.

How important is Embiid to Doc Rivers’ squad? Big Joel averages 30.7 points, 11.7 rebounds, and 4.2 assists per game. To beat South Beach, Philly must replace the points.

In Game 1, the Sixers didn’t come close to making up for Embiid’s output. It’s doubtful they will. And even if they do, Jimmy Butler will ensure the Heat win this series. Philadelphia falls in 5. 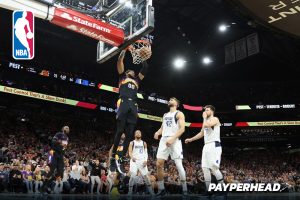 In the first game, the Warriors had every reason to give up. The refs had just kicked one of their most important players, Draymond Green, out of the game.

Memphis was fired up, and the Warriors were on the road. In the fourth quarter, Memphis appeared set to break the game open. But somehow, someway, The City rallied for a Game 1 victory.

Rally is only partially true. Memphis failed to put a hand in Klay Thompson’s face on the critical play. So Klay did what he’s done throughout his career, bury a 3-point shot that put the Warriors up 117-116 with 36.6 seconds left.

Memphis had a chance to score the game on a Ja Morant driving layup. But the other Splash Brother, the more famous one, the dude named Steph Curry, blocked Morant’s shot.

The Grizzlies fouled Thompson. Klay missed both free throws. Memphis still couldn’t get a bucket, and that was it.

The Grizzlies believe they can take it to the Warriors in the second game and beyond. After watching Game 1, it’s apparent that Morant, Dillon Brooks, and the rest of the Grizzlies don’t have enough experience to beat Steph, Klay, Draymond, and the Golden State Warriors.

Memphis will win a game, which means the Warriors take this conference semifinals in 5.

Game 1 between the 1-seed Phoenix Suns and the 4-seed Dallas Mavericks showed the most important in the game is how Dallas defends Suns’ center DeAndre Ayton.

Ayton dominated with 25 points, 8 boards, and a block. Defending Ayton is the most crucial aspect of the series because the Suns will shoot lights out from the field.

So by not defending against Ayton, Dallas gives up the lane and won’t stop Chris Paul, Devin Booker, Miles Bridges, Jae Crowder, and the rest from shooting threes and making 15-foot jump shots.

If it sounds dire for the Mavericks, that’s because it is. The Mavs may not win a game. Don’t be fooled by the 7-point Phoenix victory in the first game.

The Suns dominated in every way imaginable. Even if the Suns win the next three games by 4 points or even 2 points, they will still have swept the Dallas Mavericks. 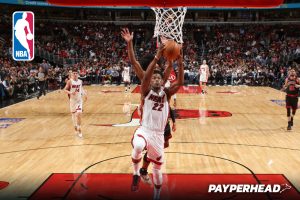 Which team should attract the most action? The answer to the question depends on your players. One thing is for sure, you should use your online bookie software layoff account to set max limits on all four remaining playoff teams.

Check out a list of the teams along with their odds.

If you’re looking to profit more, call us for a free PPH sportsbook consultation

If you import players to PayPerHead, you can use our proprietary sportsbook software free for two weeks. Because you use our software, we can provide more than just the usual bookmaker tools and features.

Agents who have switched to us have seen a 23% rise in action on average, no matter the size of their price per head sportsbook. You don’t have to take our word for it.

Along with the free two weeks, we offer free PPH bookie website consultations.

All you must do is get started or call us at 1-800-605-4767. One of our software experts will discuss your sportsbook and how our software can help you make more money. 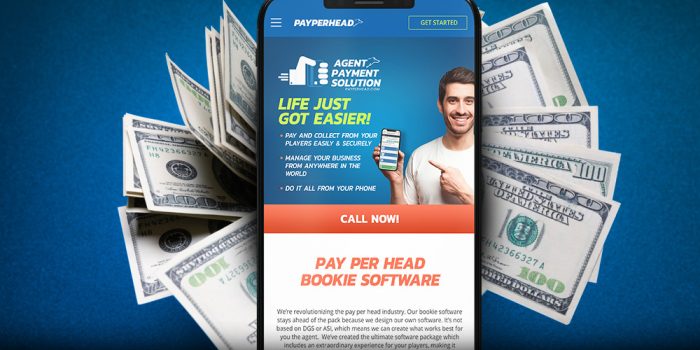 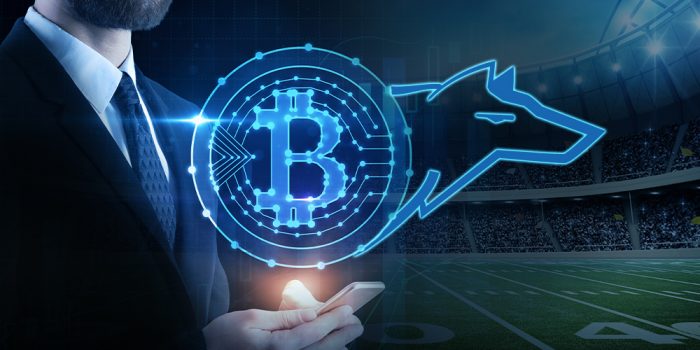 How to Create a Bitcoin Sportsbook

Bitcoin is becoming more and more popular. It's become so popular that PayPal has begun... 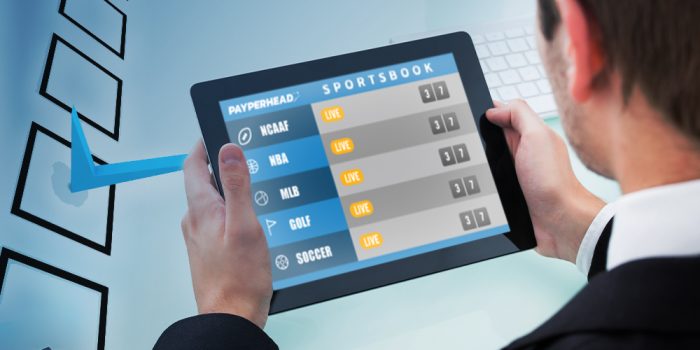 How to Be The Best Soccer Bookie

Soccer Betting Although NFL betting dominates the US, it is actually soccer that takes the...