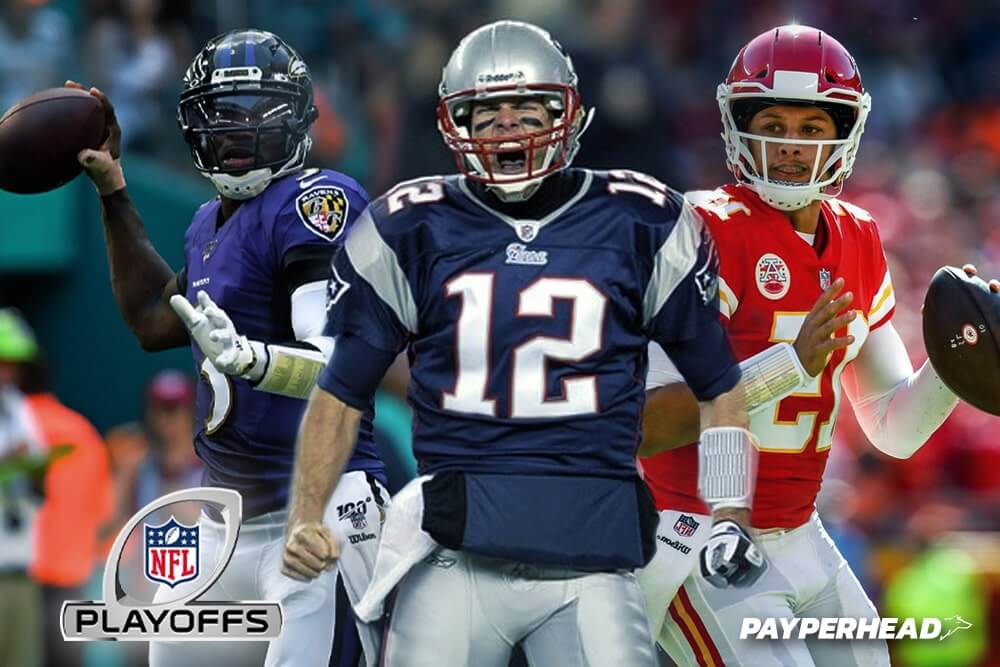 PayPerHead agents have a pair of high caliber matchups coming up with 2020 Wild Card Weekend on the horizon.  Let’s break down each matchup so you are prepared to promote the AFC Wild Card games to your clients.

We kick off the 2020 NFL playoffs with an AFC Wild Card showdown when the Buffalo Bills head west to take on the Houston Texans in the Lone Star State. This marks the first time these teams will meet this season with both squads coming off a loss after resting most of their starters in week 17.

The Texans are home favorites with a 2.5 spread in their favor along with money line odds of -145 compared with the Bills’ underdog line at +125.  This game is also expected to be the lowest scoring of the weekend with the total set 43.5 points.

Defense is the name of the game in Buffalo these days with the Bills allowing the second-fewest points allowed per game and the third-fewest total yards ceded. This is incredibly important due to their iffy offensive production which ranks 23rd in scoring, totaling 17 points or less in their previous four outings.

Truth be told, the Bills have been a risky bet all season long no matter where the money is going.  They have a 10-6 record straight up and a 9-6-1 effort against the spread.  Neither of these numbers is particularly telling and makes this perhaps the most difficult game of the weekend to predict.  One thing that is for certain is that the Bills shaky offense combined with a top-5 defense has left them with a 4-12 over/under record on the season.

Houston sits more in the middle of things when it comes to their NFL rankings for offense and defense.  They rank 14th in total offensive production, averaging 23.6 points per game, four more than the Bills.  Their defense doesn’t quite stack up against their opponents however, ranking 19th and allowing 24.1 PPG, a full eight points worse than the Bills’ 16.1 number.

Taking a look at these two team’s recent history doesn’t offer a whole lot of information after only ever playing 10 times.  Last season was the most recent clash of the two with Houston winning 20-13 in week 6.  The Bills were let down in that showdown by Nathan Peterman, their backup QB.  The former Pittsburgh Panther was thrust into the spotlight after starter Josh Allen was sidelined with a game-ending injury. He threw a pair of ugly interceptions, the second of which was returned for the game-winning touchdown with less than two minutes to play.

Speaking of injuries, neither team suffered any significant injuries in week 17.  Buffalo did see minor injuries to cornerback Levi Wallace and LT Ty Nsekhe, who are questionable after the Jets game.  The Texans have a trio of questionable starters as well in Johnathan Joseph, Kenny Still and Will Fuller who are all expected to start on Saturday.  The Texans defense also received great news after J.J. Watt was activated from IR following what was thought to be a season-ending pectoral tear.  The three-time defensive player of the year hasn’t played since week 8 but will make a huge difference to a team that has struggled to pressure opposing quarterbacks since Watt went down.

We mentioned that these two teams don’t play often, but over the last five games the Texans are 4-1 SU and 3-2 ATS going back to 2009.  Those pair of covers by Buffalo came as double-digit underdogs in 2018 and as field-goal favorites in a 30-21 victory in 2015.  Houston took the AFC South division crown for the fourth time in five years while Buffalo is making their 2nd appearance in the postseason in the previous three campaigns. While the Texans have more postseason experience, they haven’t done much with their opportunities. They will look to improve that number against the Bills in what might prove to be the closest game of Wild Card Weekend.

Saturday’s NFL playoff action continues when the Patriots host the Titans in Foxboro with kickoff scheduled for 8:15 PM.  The Patriots are coming off a shocking loss to the lowly Dolphins and lost their No. 2 seed to find themselves in this Wild Card game.  Conversely, the Titans are coming off a win, albeit vs a Texans team who was resting many key players.

Despite their recent struggles, New England is coming into this matchup as 5 point favorite on the spread and -230 on the money line. This game isn’t expected to be too much of a shootout with a spread set at just 44.

The Titans have gotten back on the winning track over the last few weeks, culminating in last week’s 35-14 blowout win against the Texans.  Sure, Houston sad a number of key starters, but Tennessee still looked dominant and the outcome would have likely been very similar even with the Texans at full strength.  The Titans looked very strong on both sides of the ball with Derrick Henry running for three touchdowns and 211 totals yards, good enough to secure the NFL rushing title for 2019.

From a betting perspective, Tennessee is 9-7 both SU & ATS on the year with an Over/Under record of 10-6.  While their records might not blow you away, their NFL rankings should turn some heads.  The Titans are 10th in scoring with 25.1 PPG and 12th in defensive effectiveness, allowing 20.7 points per game to opponents.

The Patriots records are better sure, but they are weighed by a hot start for New England.  The Pats are 12-4 SU & 9-7 ATS, but things began to fall apart as the season matured.  They rank seventh on offense, scoring 26.3 PPG and first on defense after allowing teams to score a scant 14.1 points on average. But again, things have been less than ideal for the Pats down the home stretch and one must wonder which team will show up this weekend.  Will we see the team who dominated the AFC for most of the season, or the team that got wrecked by Ryan Fitzpatrick and the fins last weekend.  They closed their season on a 2-3 slide after opening the year 10-1 and really looked like a different team.

The last time these two squads met was in week 10 of last season with the Pats getting picked apart and losing 34-10 on the road.  Tom Brady had a very average game, throwing for 254 yards and zero touchdowns while Marcus Mariota threw a pair of TDs to compliment his 228 yards.  Derrick Henry added two touchdowns of his own, despite rushing for just 58 yards.  The Titans led 24-10 at the half and shut out the legendary Patriots in the second half to secure the victory.

Before that brutal loss, it was all New England all the time.  The Pats went 7-0 SU and 6-1 against the spread against Tennessee going all the way back to 2003, including a 35-14 effort in the 2018 AFC Divisional round.

The biggest injury news in this game relates to future Hall-of-Fame quarterback, Tom Brady. Despite his insistence that he is 100% healthy, nobody who has seen him play in recent weeks is buying that. His mobility is clearly compromised, highlighted by 6 total sacks last weekend which only further adds to his current wear and tear.  Brady, who was draped in ice packs after last week’s loss, has struggled to connect with mid or deep passes for the better part of a month.  Adding to this is Julian Edelman suffering various lingering injuries along with LB Jamie Collins, DB Jason McCourty, and CB Jonathan Jones.  All eyes will be on Brady however, as father time may have finally caught up to the best in the game.

The Titans have no real significant injuries to report, strengthening their status as a great underdog bet.  Wideout Adam Humphries and RT Jack Conklin are dealing with leg injuries, but both are expected to play.  On a positive note, CB Adoree’ Jackson is expected to return to action for the first time in five weeks and immediately add depth to their secondary.

This marks just the fourth time in the Brady/Belichick era that New England will be forced to play a Wild Card game to earn their spot in the AFC Championship hunt.  The Pats have gone 2-1 in those previous three games with wins over the Jaguars and Jets and a loss to the Ravens.  An important stat is that the Patriots have zero Super Bowl wins in years they play in a Wild Card game.  This might be the year we finally see Brady and Belichick stumble and fall, but at 42 years of age, how much can Brady realistically have left in the tank?

Despite the NFL playoffs coming up fast, there is still time to get your players hyped about the upcoming action.  With 11 huge games left on the year, there is plenty of opportunities to end the season on a high note as a PayPerHead bookie agent.

If you are still on the fence about signing up, head on over to check out our current promotions or give us a call at 1-800-605-4767 to speak to one of our customer service reps and get the ball rolling today. 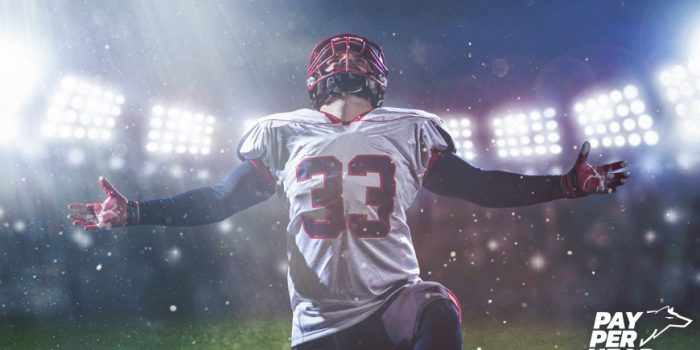 How Many Players Can a NCAA Football Roster Have?

An NCAA Football Roster can have as many as 125 active players Now that the... 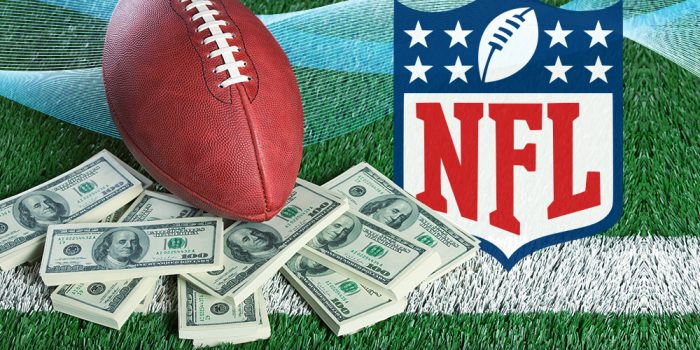 Not all sports betting software is the same. As we head to the most important... 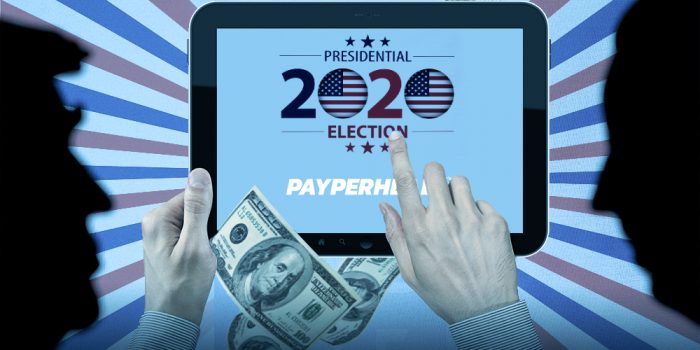 Betting on the 2020 US Presidential Election is heating up. Where is the money going,...