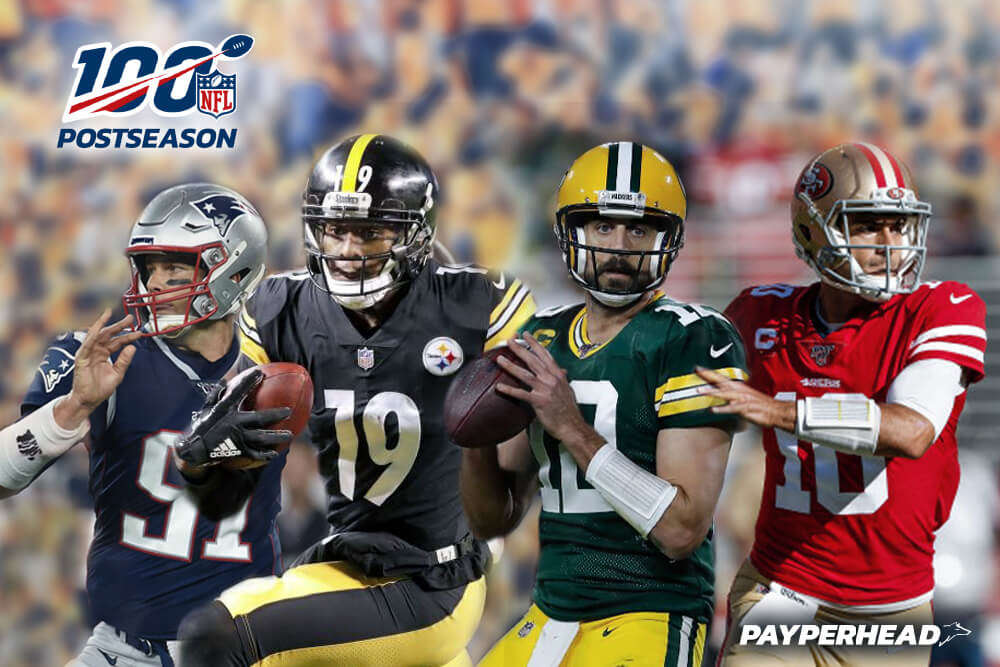 With NFL Week 13 in the books, the playoff race is really starting to shape up.  Let’s take a look ahead at what we can expect from the postseason and how our PayPerHead agents can plan to profit.

The 2019 NFL season has already given us a lot more than most would have expected heading into the year, and that continued in Week 13.  From a pair of juggernaut teams emerging, seemingly out of nowhere, with the Ravens and 49ers surging toward the playoffs.  Russel Wilson has played like the MVP caliber quarterback many have long expected him to be and the Packers bouncing back after a tough 2018.

On the flip side, we have seen a lot of teams fall way short of expectations as well  The Chiefs and Rams, who both entered the season as Super Bowl hopefuls have stumbled through the year with the Rams unlikely to even make the playoffs at all.  The Falcons, under Matt Ryan, are having their worst season in recent memory and the Eagles are nowhere near making it back to the big show in 2019.

While the final stage has not been set quite yet for the upcoming playoff race, week by week things are becoming more and more clear.  Clear enough that it’s about time we start to look at the most likely playoff scenarios as things currently sit.  It’s fair to assume we won’t see too much of a shakeup from now until the end of December, with just a few teams on the bubble with a chance to vacillate the outcome.

Those teams which remain just on the fringe of the race are the Dallas Cowboys, Pittsburgh Steelers, Tennesse Titans, Philadelphia Eagles, and the Los Angeles Rams.  Most of these squads have a chance of reaching the playoffs which fall between 50% and 65% according to FiveThirtyEight’s playoff odds, with the Rams bringing up the rear at 21%.

With all that in mind, let’s take a look at each conference, go team by team, and see what we can expect moving into the final few weeks of the NFL season.

The 2019 AFC Playoff Race Is Heating Up

Baltimore Ravens (10-2): NFL Week 13 could not have gone better for the leaders of the AFC North.  They faced off against what many consider to be the best team in the league, the 49ers, and came away with a huge victory.  This game was full of drama and many expect these two teams to meet again at Super Bowl LIV in February.  Baltimore Quarterback Lamar Jackson continues to reshape the way we look at the position and proceeds to re-write the record books. Even better for the Ravens was what happened in Houston, with the Patriots losing to the Texans and ceding the top spot in the AFC.  This leaves Baltimore with a home-field advantage as the lone team atop the conference.

New England Patriots (10-2): While the Patriots are still a phenomenal 10-2 and lead the AFC East, their loss to Houston in NFL Week 13 was more about dropping out of the top spot in the AFC overall.  It gave the rest of the league hope that the perennial ‘team to beat’ is finally beginning to look mortal. Father Time, as we all know, is undefeated in the NFL and might be finally making a long-awaited appearance in Foxboro.  This also means that the Patriots now have to work hard to fend off the Bills of all teams, who are closing in on their spot in the AFC East.  This would be an incredible turn of events if Buffalo can steal the division and become the first winner not from New England in the last 11 seasons.

Houston Texans (8-4): The Texans seem more and more legitimate after each week of play.  Coming off their second-ever win against the Patriots in Week 14 has thrust them into the conversation of NFL teams that have a real shot at making a dark horse run at the Super Bowl.  They still have a fair amount of work to do if they hope to even make the show with a pair of division games against the Titans (7-5) still to come down the home stretch.

Kansas City Chiefs (8-4): In what has been a real up and down season for the Chiefs, things are finally looking up.  They weathered the storm which saw Patrick Mahomes suffer a dislocated kneecap in week 7 and miss multiple weeks in recovery.  Matt Moore rallied the team together to go 2-1 as a replacement quarterback and kept the Chiefs in the hunt during October.  KC has now ostensibly locked up the AFC West after a clean sweep of the Raiders and a win next week against New England could even put them back into contention for a first-round bye.

Buffalo Bills (9-3): The Bills are a near-lock to hold onto their spot in the AFC Wild Card game with a very surprising 9-3 record.  In fact, they are threatening even the Patriots for their AFC East crown.  Something that New England hasn’t ceded since 2008.  This might be the most exciting race down the home stretch and one which our PPH agents should find a lot of action with.  Despite their record, Buffalo isn’t generating the hype which other teams are seeing this late into the season.  Their upcoming game against the Ravens will be a big one for the league and our PayPerHead agents alike.  An upset win as six-point underdogs would set up a possible situation where the Bills would become the first AFC team to clinch a postseason berth.

For this to happen the Raiders, Texans, and Colts all must lose but this presents a very interesting scenario should it play out.

Pittsburgh Steelers (7-5):  While they currently hold down the number two Wild Card spot, the Steelers are teetering on the edge of missing the playoffs for the second year in a row.  They took home a big NFL win in week 13 against the Browns and were helped by losses from both the Colts and Raiders on Sunday.  Each of those teams fell to .500 but their real threat still remains the Tennessee Titans.  The Titans are surging and are also 7-5 on the season, just waiting for the Steelers to stumble.

No Clear Frontrunner in the NFC this 2019 NFL Season

New Orleans Saints (10-2): The Saints became the first NFL team this season to clinch their division with their revenge win over the Falcons in week 13.  The Seahawks win also send the Saints into sole ownership of home-field advantage in the NFC.  They have a huge game coming up against the 49ers, which might be the biggest action your book will see this upcoming weekend.

Seattle Seahawks (10-2):  With a huge win on Monday night the Seahawks have vaulted into the lead in the NFL West for the first time this season.  They control their own destiny at this point with four games left to play. None bigger than their last game of the season against the 49ers at home.  If both teams win out until then, this would be one of the biggest games of the year due to its immediate ramifications for the NFC playoff picture.  The loser would earn a first-round bye while the loser would need to win twice just to earn the ability for a rematch in the conference finals.

Green Bay Packers (9-3): The leaders of the NFC North saw their hopes of a round one bye kept alive with a big win this weekend.  Green Bay has the luxury of playing the next two weeks at home before their date with the Vikings in week 16.  If both teams don’t lose in the meantime, this game will likely settle the NFC North title.

Dallas Cowboys (6-6): As bad as the Cowboys have looked this year, the rest of the NFC East has just been that much worse.  Dallas has been helped a lot along the way into the division-leading spot that they are in, mostly by the Eagles.  Philly has imploded epically over the last month, culminating in their loss to the bottomfeeding dolphins last weekend. Philly has a chance to regain footing vs the Giants in week 14 but who really knows what to expect.  This whole division is a mess and whoever represents them in the postseason will likely see an early exit.

San Francisco 49ers (10-2): In the span of 24 hours the Niners went from NFC West leaders who were poised to run away with the entire conference to the fifth seed and Wild Card berth.  This occurred after the Ravens beat the 49ers on Sunday in Week 13, preventing them from locking up a NFL playoff spot and creating a very difficult situation for San Fran.  Then the Seahawks won on Monday Night and sent the Niners tumbling from atop the division to being the first Wild Card team in the AFC.  They still have a lot of football left to play but their fate is no longer in their hands, at least until they play Seattle week 16.

Minnesota Vikings (8-3): The Vikings loss to Seattle didn’t knock them out of the Wild Card game, but it certainly didn’t help matters at all. It did cut their lead over the Los Angeles Rams to just a single game and put their aspirations of an NFC North title about out of reach.   Lucky for them, a game against the Lions is on the horizon and should put them back in the win column.

With the NFL season winding down there is no better time to get players hyped about the coming postseason.  With ten games leading up to the Super Bowl, there is ample opportunity to maximize your profits as a Pay Per Head bookie agent.

If you have yet to sign up as a PayPerHead agent then head on over to check out our current promotions or call 1-800-605-4767 for more information about getting started today. 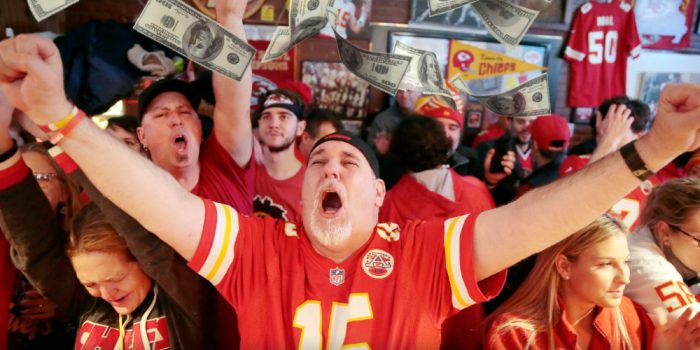 Agent Advice Get Up to Date on American Bookie Slang

Bookmaking has been around for over a century, longer if you count when actual bookies... 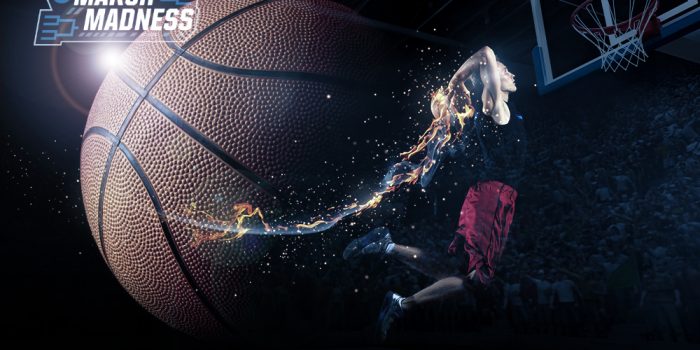 2021 marks the return of the Men’s College Basketball Tournament. The NCAA has set tournament... 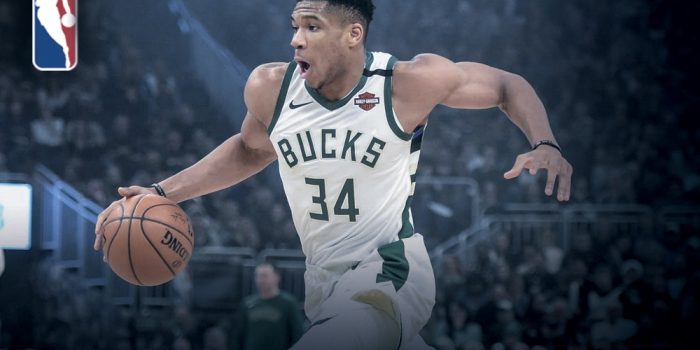