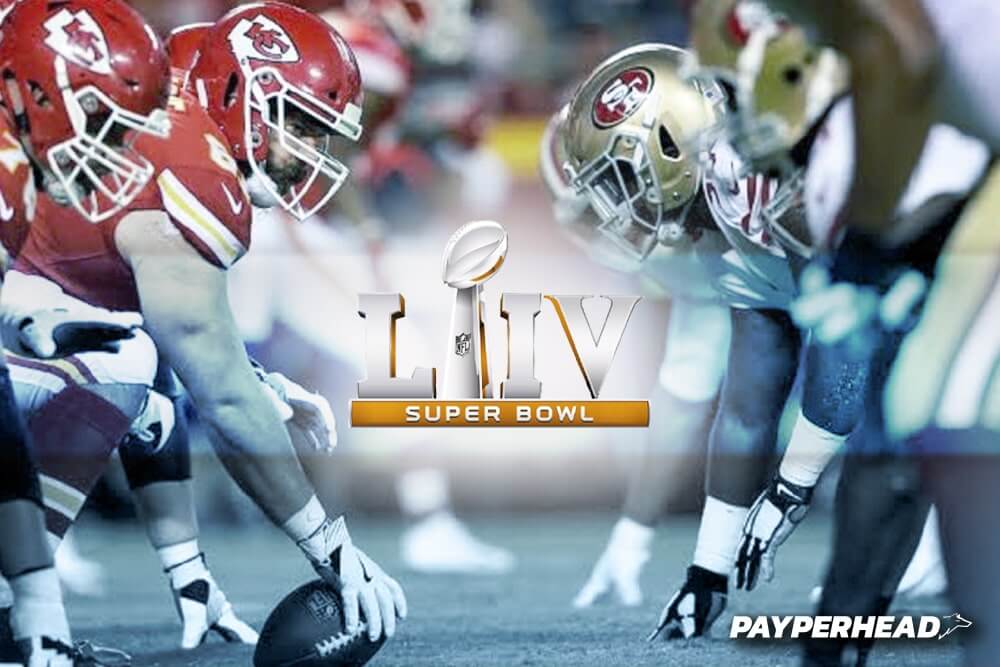 February is right around the corner and that means that PPH bookie agents have one more big game to look forward to.  Let’s get up to date on all the news and notes on Super Bowl LIV between the Kansas City Chiefs and San Francisco 49ers.

What You Need to Know for Super Bowl LIV

The 49ers and Chiefs are set to face off in this season’s Super Bowl LIV in Miami and are expected to play one of the tightest Championship games in recent history. Hard Rock Stadium will be full or redshirted, and faced, fans desperate for their teams to emerge victoriously.  A feat neither of these teams have accomplished in quite some time.

Heading into Pro Bowl weekend, the Niners or slight underdogs by between 1.0 and 1.5.  This is despite their 13-3 record, status as the top seed in the NFC and their last two impressive wins over the Packers and Vikings.  Those wins were in stark contrast to the Chiefs’ victories, which were both comebacks wins after disastrous starts.

With these two teams so evenly matched for Super Bowl LIV, let’s take a look at some matchups which bettors should be focused on.

If you didn’t know who Raheem Mostert was before the last weekend, you probably do now.  He was far from a household name, after all, he has been cut seven times from the NFL and amassed a total of just eight carries in his first three seasons as a pro.  But, as it tends to be in the NFL, Mostert was given a chance to prove himself in the right system and has proven a highly capable running back.  While he won’t be setting any all-time records as a member of this team, he is a perfect fit for this offensive scheme. He led the Niners with 772 rushing yards during the regular season and was key for keeping defenses from swarming Jimmy G.

While this all sounds very pedestrian, and in a way it is, what really stands out about Mostert was his last game out. In a performance nobody saw coming, the 49ers let him loose and he rewarded them with four touchdowns and 220 yards rushing. Wow.  Good enough for second-most yards ever put up in a playoff game, behind Eric Dickerson’s 248 in 1986, and he became the first player to rush for more than 200 yards and four touchdowns in a playoff game.  And remember,  playoff game can be the Wild Card round too.  But Mostert put up these numbers in the NFC Conference Championship game.  Pair the momentum he has coming off such a game with the 49ers offensive line, and the Chiefs will find it difficult to contain such a ground attack as we saw vs Green Bay.

While Kansas City does have a solid defensive front with the likes of Frank Clark and Chris Jones playing well, they have been constantly let down by the play of their linebackers.  When the regular season wrapped up they ranked a shockingly bad 25th in the league at stopping the run.  It’s unusual that a team that failed so badly in such an important metric has even made it to the Super Bowl LIV, to begin with.

Now it’s no secret that the Chiefs have their own weapons on offense for Super Bowl LIV, probably a bit more firepower than the Niners in fact. But, will it be enough to beat San Fran’s secondary?  KC has the fifth-best offense in the passing game and while the 49ers will get pressure on Mahomes here and there, his ability to extend plays with his legs gives the Chiefs an advantage here. This ability and mobility will cause at least a few breakdowns on the defensive end of things and Mahomes knows how to exploit such lapses.

He and the Chiefs have twice in the last two weeks gotten beat up early, gone down by double digits, and somehow came away with double-digit wins.  Heck, the game against the Texans was a blowout win and KC was down 24-0 at one point.

So what does that tell us?

Well, a few things of course. First off, you have to do more than be up 24-0 in the first half if you hope to break this team’s spirit.  Despite many Chiefs players on the sideline of the Texans game quoted as saying what amounts to “this game is over”, they fought back and crushed Houston.  Not only is that a tall order, but they also did it two weeks in a row, beating two of the best teams in the league. Another very important thing those wings taught us was that Mahomes is no doubt back to 100% health.  He was plagued by injuries, both nagging and serious, for most of the year but with each week he just looks better and better. Mahomes at 100% is an almost unstoppable force, especially with the likes of Travis Kelce, Tyerrk Hill and Sammy Watkins to on the receiving end of his passes.

With the 49ers running out such a talented defense to try and counter, this matchup will likely be what makes or breaks this game for each team. San Francisco’s linebackers are much better and with Kwon Alexander back in the fold, they are one of the most dangerous in the league. While it will be hard for them to commit extra secondary players with so many threats on KC’s side, they do still have Richard Sherman and Jaquiski Tartt to lean on when things get dicey.  Sherman is still elite and it will be interesting to see where and with who, he lines up with on Sunday.

There is no arguing that the 49ers have some potent offensive weapons, but there just doesn’t seem to be enough of them.  Reasonably speaking, they are limited to Deebo Samuel, George Kittle and Emmanuel Sanders in the passing game and a pair of running backs. The Chiefs, meanwhile, can threaten with four wide sets and also have some quality rookies in Hardman and Thompson who are always ready to contribute at a high level.  It is a small fear, but those looking to back the Niners have to consider their lack of offensive depth and the ability for Andy Reid and company to gameplan enough to make this a larger problem.

Speaking of Coach Reid, he and his coaching staff definitely win the experience battle over Kyle Shanahan & Co. Reid has been holding the HC clipboard for more than two decades now, with his teams making the playoffs 20 times, playing nine conference championship games and three Super Bowl appearances.  He has won coach of the year three times and is one of the true veteran coaches still left in the league.  Flanking Reid is defensive coordinator Steve Spagnuolo and his 36 years of experience, including a Super Bowl ring. While Kyle Shanahan could very well win coach of the year and deserve it, these big games require the type of experience his opponents have.

If you are still waiting to sign up as a Pay Per Head bookie agent than now really is the time.  With more than a week left before the big game, you will have ample time to utilize our bookmaking software and get up and running before Super Bowl LIV Sunday. We have a phenomenal promotion right now where you can sign up and get started for just 3$ per player for a limited time.  Also, don’t forget to check out our referral program where you can get 15% of your friend’s deposits matched and put right into your account. 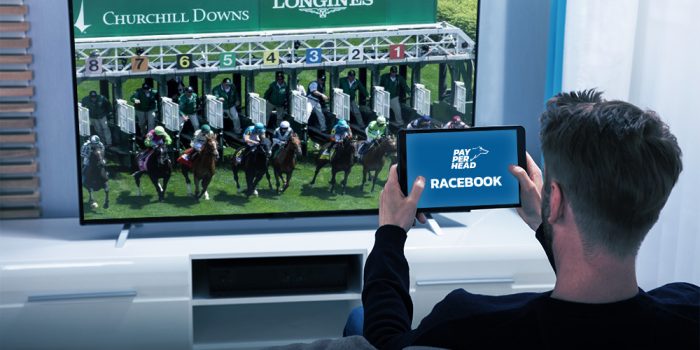 Prepare your racebook and notify your players; Churchill Downs and Santa Anita Park are opening... 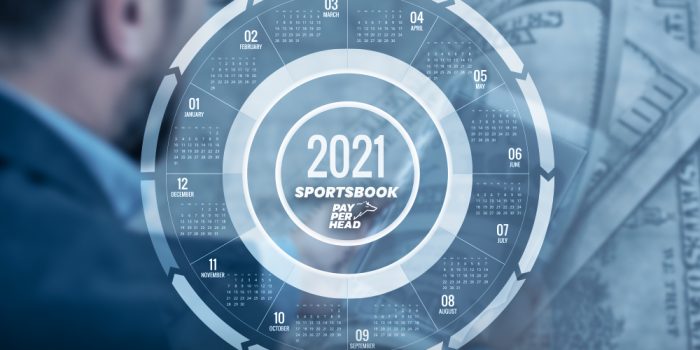 How to Run a Small Sportsbook for Year Round Profit

Most American bookie agents depend on the football season to make their yearly revenue. But... 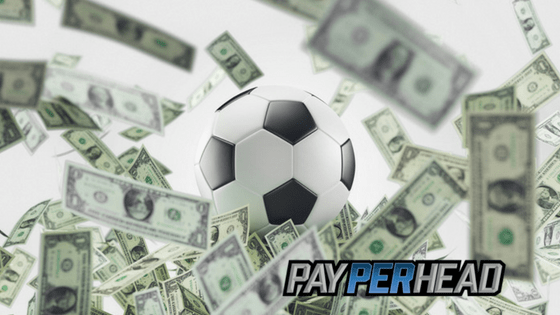