Prepare for the NFL Season with PayPerHead Proprietary NFL Software

The 2022-2023 NFL Season promises to be one of the most competitive in years. The Buffalo Bills are a tepid over +600 favorite to win the Super Bowl, followed by the Tampa Bay Buccaneers and Kansas City Chiefs. See below for what pay per head agents must do to ensure online bookie success.

The NBA, NHL, and MLB drive action. As does soccer, which has risen in popularity. But the sports league that will always drive the most action, the league that players will call bookie agents about the most, is the National Football League.

By far, NFL bets, if you’re a bookmaker in the United States, will drive more action to your sportsbook than any other league. Whether an agent is profitable can depend almost exclusively on how much money they make during the NFL eighteen-week season.

When we say that it’s important to head into the season with the right bookmaker software, we aren’t kidding. Your PPH sportsbook software can differentiate between a successful NFL betting season and one that leads to lost profit.

See below for what you must know about this upcoming NFL period. Also, read about why you should switch to us from your current price per head provider to make the most money possible.

The season kicks off on Thursday, Sep. 8, when the defending Los Angeles Rams host the Buffalo Bills. From Sep. 8 until Sunday, Jan. 8, teams will fight to make the playoffs in their quest for the Super Bowl LVII title.

Check out the list of the top ten teams that have so far attracted the most action in PPH services run bookmaker sites to win the NFL Championship. Set max limits on these teams for sure.

Buffalo’s D got crazy good after they signed Von Miller. How important was Miller to the Rams’ Super Bowl quest last season?

Let’s put it this way, without Miller, the Rams don’t pressure Cool Joe Burrow and don’t beat the Bengals.

Then oddsmaking experts made Brady and the Bucs second choice. It feels like the odds are too low on the Buccaneers to win the NFC, much less the Super Bowl.

Set max limits, anyhow. You never know when the Great One is back there slinging passes.

When a wideout and quarterback get copasetic, watch out. The Chiefs have plenty of ammo to win the AFC.

But the NFC West is loaded. Again, set limits, but keep an eye on the action. You may want to boost it if it’s less than desired by promoting action on the Chiefs.

Green Bay should be the biggest underlay on the board. Two-time defending NFL MVP Aaron Rodgers lost both his top targets.

Marquez Valdez-Scantling decided to throw in with Patrick Mahomes in Kansas City. Davante Adams reunited with his college quarterback, Derek Carr, in Vegas.

It’s tough to see the Packers doing much. But, again, we never know where the action is coming from, and Green Bay is a quality franchise. So, yeah, set limits.

The Rams are flying under the radar. The problem is that the schedule is much more difficult this season, that’s what happens when you win the Super Bowl and Von Miller is a Buffalo Bill.

Things could go south for the Rams. Or they could surprise again. A lot depends on how well Matt Stafford plays.

The Bolts acquired Kahlil Mack to rush the quarterback and J.C. Jackson to shut down their opponents’ top wide receiver.

The offense will also be better with the addition of Isaiah Spiller to back up Austin Ekeler. On paper, the Bolts look like a Super Bowl contender.

If QB Justin Herbert improves, they will be. If he doesn’t, they won’t.

The 49ers feel like an underlay. But nobody seems to want to touch Jimmy Garoppolo. So there’s a good chance Jimmy G starts.

The Niners might have a better chance of winning the Super Bowl if he does. The bigger question is how the offense will perform, whether it’s Jimmy or Trey Lance under center, without last season’s offensive coordinator, Mike McDaniel.

Denver made one of the most impressive go-for-it trades in history when the Ponies gave away a boatload of draft picks for Super Bowl-winning quarterback Russell Wilson.

Denver plays in the deepest division in football, the NFC West. NFL handicappers are already all over your sports betting software and dumping on Denver at the odds. No doubt, setting max limits is a requirement.

Don’t look past the Boys to get it done against what appears to be a weak NFC. If Dak Prescott stays healthy and the defense gets even better, watch out.

Already, super-smart NFL betting systems have pointed handicappers to the Bengals. Cincinnati can win the Super Bowl for sure.

These teams performed against the spread last season. See below for their 2021-2022 ATS record and a prediction for this season.

Dallas won’t sneak up on anybody this season. The Boys host Tampa and Cincinnati and then travel to SoFi Stadium to take on the Los Angeles Rams in three of their first five.

It’s hard to know how many games the Packers will cover in 2022. We’re repeating ourselves, but AR lost his two best wideouts.

Detroit’s defense should be better, and Jared Goff is a legit starting quarterback in the NFL. But these are the Lions. Use your layoff account if, for some reason, someone uses a betting program that tells them to dump on the Lions.

The Bills are a fantastic team. The best team in the National Football League, to be honest.

But all eyes are on Buffalo. Use your layoff account if you’re worried.

But know that the best oddsmakers on the planet have your back. Expect crazy tight spreads, which benefit you.

So players could use free betting software to back the Bengals blind. Or a program could point to Cincinnati.

Either way, beware the Bengals. Adding a single player can leapfrog a team for sure. Ask the Rams after they added Von Miller.

Is Matt Ryan that much better than Carson Wentz? That’s the question when it comes to Indianapolis.

The Colts are a solid team. But Ryan may not have more success in Indy than he did playing for the Falcons. Also, the Colts blew plenty of chances last season to cover spreads.

Still, Jonathan Taylor is the best running back in the NFL. JT can carry the offense.

Yes, Tennessee is one of those rare teams that rely on their running back. The offense shouldn’t be as prolific this season because wideout A.J. Brown is a Philadelphia Eagle.

New England snuck up on rivals last season. Even if Mac Jones improves, it isn’t easy to see the Patriots covering spreads.

The AFC East is loaded. Miami will be an outstanding team.

The Bills are the best team in the league. The Pats should struggle, but with Bill Belichick calling the shots, you never know. So, yes, use your layoff account.

Arizona could end up the biggest underlay on the board. The Cardinals’ defense should have problems against most of the teams it faces.

Kyler Murray may not be the answer at quarterback, and DeAndre Hopkins must sit out the first six games.

The Fins could improve on their spread record. Keep that in mind when setting up your sportsbook for the NFL this season.

Check out the eight teams that posted more over games than under games this season. There’s no reason to go in-depth with any of the eight.

One NFL squad played in four more over games than under games. The Minnesota Vikings went 11-6.

This season, a single team will likely break the 10-7 over-under threshold. What are the chances your player discovers that team? And even if they do, will an 11-6 record hurt your sportsbook?

For sure, layoff risky over-under bets the way you would NFL against the spread bets. But don’t worry so much about the over-under.

PayPerHead offers a layoff account that you can use to cut risk. We also provide reports so you know when to use the layoff account.

Your current PPH bookie software provider may offer many of the things we provide, so you need to study the following. Everything listed below can help you make more money.

If you’re already a PayPerHead agent, congratulations! You’re using the most powerful, profit-generating bookie software on the planet.

But if you’re not, switch soon. Right now, you can use our proprietary software free for weeks. During that time, give us a call.

In addition to the two weeks of free software, we’re offering bookie websites free consultation. The consultation is at no obligation.

Then, if you make the switch, use the software free for two weeks. If you decide to stick with us, you can add ClubPoker and pay half off the rake fee until September. Get started by calling 1-800-605-4767 today. 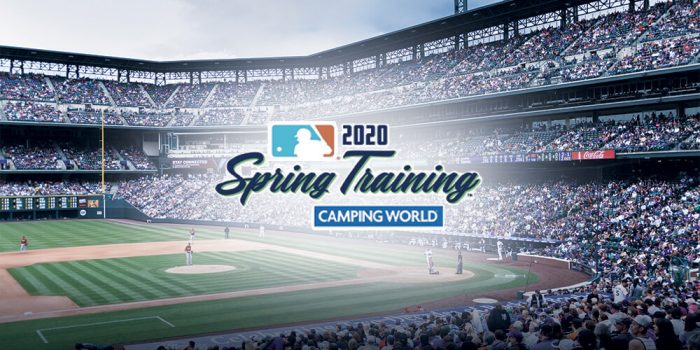 MLB Spring Training has finally arrived and that means we are on the cusp of... 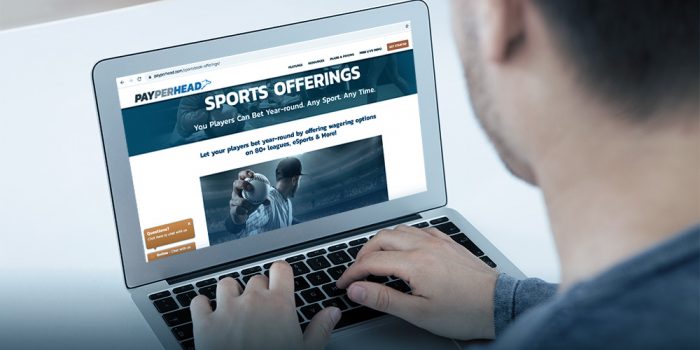 As the U.S. economy opens, so should sports. Make sure your bettors know the sports... 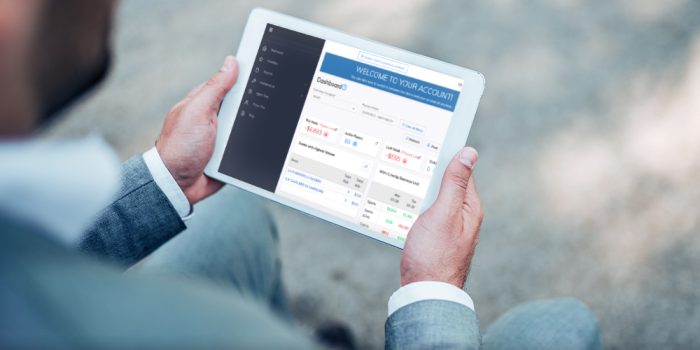