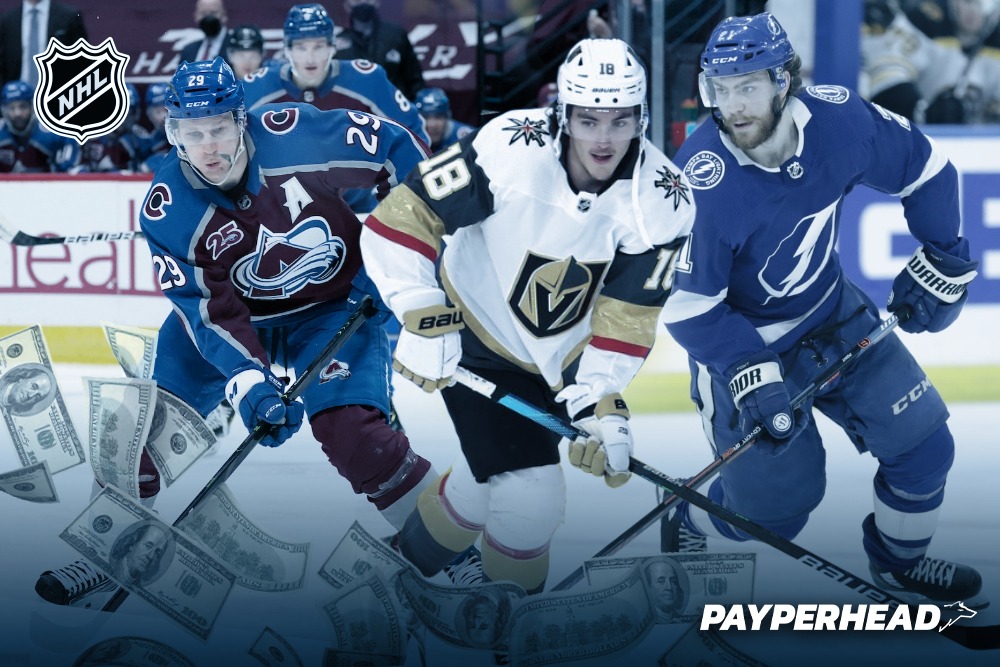 The 2021-2022 NHL Season is underway. But with only three to five games in the books, it’s not too early to know which teams have what it takes to win the Cup. More importantly, for NHL betting purposes, bookmakers must think like a player, which means asking and answering the NHL Season’s most challenging questions.

The National Hockey League kicked off in mid-October. Although underdog teams like the Florida Panthers, Buffalo Sabres, and Detroit Red Wings have so far played well, nobody expects the dogs to continue to bite.

From an oddsmaking point-of-view, none of the chalk preseason teams are in danger of not making the playoffs. Current odds on pay per head sites suggests sportsbook software agents aren’t changing Stanley Cup betting odds this early in the NHL season.

Preseason questions remain valid. Keep reading for our answers to those questions.

But before you do that, check out the PayPerHead NHL Season Preview, which will provide an overview of the current season. Let’s get to the top questions your players are asking before placing their NHL bets.

Can the Lightning win a third straight Stanley Cup Finals?

The last team to win at least three Cups in a row were the New York Islanders, who accomplished the feat by grabbing four trophies from 1980 through 1984.

Is a third straight win in the cards? Lest we forget, Nikita Kucherov barely played last season. This season, he’s healthy, and he’s already making an impact.

Kucherov has a goal and 3 assists in four games played. The Lightning should be one of the favorites to grab Lord Stanley’s hardware.

If the Lightning continues to underperform, they’re 2-2 after four matches, expect players to call betting agents looking for better NHL odds. If any of your players call, don’t offer better odds because TB will start dominating.

How much do the Boston Bruins have left?

Every season it feels like the Boston Bruins are one of the teams to beat. This season, though, things don’t seem as optimistic.

Boston failed to make much of an impact in 2020-2021. The Bruins did make the playoffs.

But after beating the Washington Capitals, Boston fell to the New York Islanders in the second round.

Also, Boston plays in the loaded Atlantic where Tampa, Montreal, Toronto, and Florida call home. The Bruins will have a tough time making an impact.

Is this Toronto’s year to get it done?

It’s tough to think of a more loaded team than the Toronto Maple Leafs. Mitch Marner, Auston Matthews, and John Tavares play for the Leafs.

Every season, though, we pump up Toronto as a team that can get it done. So far, that hasn’t happened.

So why should we believe it happens this season? Sometimes a single change can turn a hockey team from an also-ran to a Cup contender.

Former Carolina goalie Petr Mrazek now plays for the Toronto Maple Leafs. Right now, Mrazek is injured. But if he comes back strong, he’ll be the second top goalie on Toronto’s roster.

That doesn’t mean the Leafs are a lock to challenge Tampa, Montreal, and the rest in the Atlantic. It does mean this season should be the Leafs’ best chance to break the Stanley Cup drought.

The National Hockey League realigned divisions last season to cut down on travel. One of the divisions was all-Canadian, which means Montreal played in the same division as Toronto, Winnipeg, and Edmonton.

Even though the Canadiens finished fourth and barely made the postseason, they played well enough to grab a Stanley Cup berth. The surprise runner-up finish has many Montreal fans giddy with excitement.

But the excitement could be unfounded. At the 2021 NHL Playoffs, things set up perfectly for the Canadiens.

This season, Montreal will be hard-pressed to beat out their fellow Atlantic Division rivals. Then, the Canadians may have to face Tampa Bay before the Cup if they make the playoffs.

Bookmaker software agents aren’t scared of Stanley Cup bets on the Montreal Canadiens. Montreal has a more challenging road to the 2022 Stanley Cup Playoffs than they did to the 2021 playoffs.

Which New York squad has the edge?

Both New York teams, the Rangers and the Islanders feel they can win the Eastern Conference. Most NHL betting players and agents that offer free betting software have a different take.

Artemi Panarin and the Rangers should play well. But the New York Islanders made it to the playoffs last season with Anders Lee on the bench.

Lee is now healthy and, not surprisingly, has already made an impact, scoring a goal in the Islander’s first three matches. If Lee doesn’t become injured, NYI could be one of the surprise teams this season.

As far as the Rangers are concerned, they have something to prove. That doesn’t mean, though, that agents shouldn’t tread carefully.

Part of knowing how to be a bookie is understanding when to limit future bets. The Rangers are a perfect example of why bookmakers should limit action on New York to win the Stanley Cup, or even their division, even though most agents believe NYR has no shot.

How good are the Colorado Avalanche?

Nate MacKinnon, whom many NHL experts regard as the best player in hockey, plays for the Avs. Not only that, but Colorado is deep.

Also, in Colorado’s favor? The Central doesn’t look nearly as strong this season as it has in the past.

St. Louis, Minnesota, and Winnipeg are decent teams. They aren’t as good as the Colorado Avalanche.

However, the Avs’ 2021 NHL betting odds to win the Cup aren’t close to being fair. Best PPH sportsbook practice requires us to encourage underlay options and discourage overlay options.

Since Colorado is an underlay, not limiting future bets on the Avalanche might be the best choice. Of course, if action on the Avs gets out of control, set limits.

But if action remains steady without getting out of control, don’t worry about limits.

Is the Pacific a two-team race between the Golden Knights and the Edmonton Oilers?

Calgary has a slight chance. But Vancouver and the expansion Seattle Kraken should have no shot of winning the division.

In the Golden Knights’ favor is a fantastic frontline led by Max Pacioretty and a terrific defense led by Alex Pietrangelo. One thing to worry about the Knights is whether they will be as good in goal with Robin Lehner leading the way as they were with 2021 Venezia Trophy winner Marc Andre-Fleury.

Two of the top players in the National Hockey League throw down for the Edmonton Oilers. Both Connor McDavid and Leo Draisatl can carry Edmonton to victory.

The Oilers have a real shot of winning the Pacific. So consider setting limits on both Vegas and Edmonton to take the Stanley Cup.

PayPerHead software can help you become a bookie

If you’ve ever asked the question, “what is a bookie?” or if you’ve ever wondered about the steps to becoming a bookie, check out our Bookie U Blog. Our blogs provide insight into bookmaking and information on how to manage 2021 NHL betting and other sports betting action.

If you’re a Reddit sportsbook agent, our blogs can be beneficial. Marketing a sportsbook on Reddit has become more and more popular.

So if you plan on marketing your book on Reddit, for sure, check out our blogs.

In addition, by becoming an online bookie with PayPerHead, you can offer prime platforms, like Live Plus and Premium Props to boost action. You can also make online payments and collect online via the Agent Payment Solution. 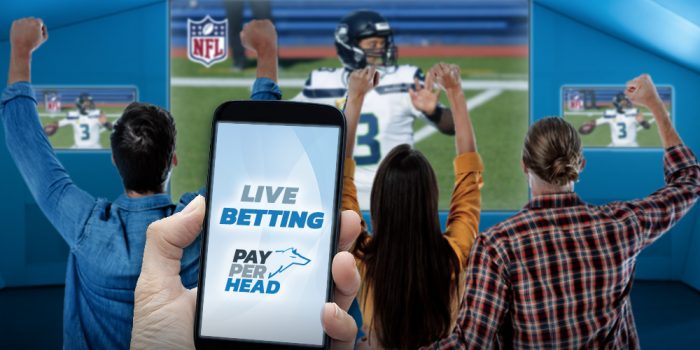 Making bets on football games has become one of the most popular pastimes in the... 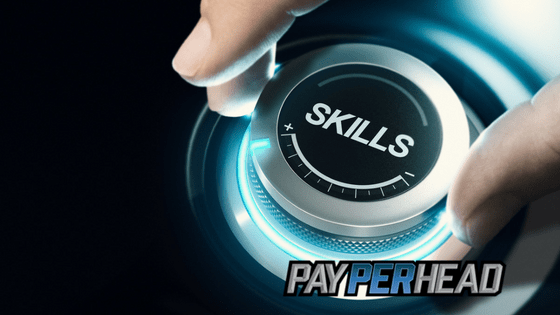 5 Bookmaking Skills Online Bookies Need To Be Efficient When it comes to running your... 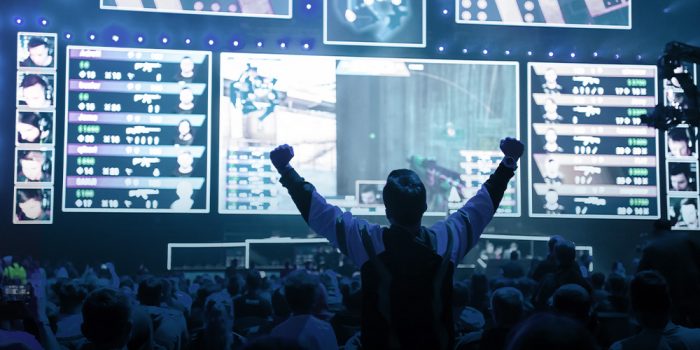