2022 NFL Week 7 Schedule. NFL Week 7 kicks off Thursday night when two teams searching for a win throw down in Arizona versus New Orleans. From Thursday through Monday, NFL pay per head agents should expect significant action. Check out a preview of every game in what promises to be a rocking NFL Week 7.

Check out this week’s preview after reading about what happened in week 6.

Other money line upsets included the Patriots spanking the Browns 38-15 as a +1.5 road dog, and in one of the biggest upsets of the season, the Steelers beating the Buccaneers 20-18 as a +9.5 home underdog.

In the most important matchup of the season so far, the Buffalo Bills outlasted the Kansas City Chiefs. With the win, Buffalo may have locked down the AFC Playoffs 1-seed.

Time to turn our attention to the seventh week of the NFL Season, where pay per head sportsbook agents must stay on their toes to ensure profit.

These two football teams are evenly matched but Arizona has the edge. The Saints got their offense going, but it wasn’t good enough in a loss to the Bengals.

New Orleans lost the game in the second half. The Saints defense is not playing well. Andy Dalton is likely to get the nod but it may not matter. The Saints will be without their top receiver, Michael Thomas, and without Jarvis Landry.

Arizona played decent football, but the offense struggled versus an inspired Seattle defense.

Consider: This feels like a throwaway season for the New Orleans Saints. Dennis Allen said he’ll make a starting quarterback decision, Andy Dalton or Jameis Winston, right before this Thursday night game kickoff. Not only that, but New Orleans has suffered a lot of injuries. The line has moved up an entire point from Cardinals -1.5 to Cards -2.5. Use the layoff account if required.

The Lions head into this after losing three straight games. Detroit’s offense looked terrible before their week 5 bye. The Lions didn’t have it in a 0-29 loss to New England.

Dallas welcomes the return of Dak Prescott. The Cowboys’ starting quarterback should light up a Detroit defense that is plain bad. Dallas hopes to prevent losing consecutive games.

Because Prescott takes over for backup quarterback Cooper Rush, Cowboy bettors will be be bullish on their teams’ chances.

Consider: Using the layoff account may be necessary because the Boys will be looking to get back on track after a loss to the Eagles in their last. Detroit shouldn’t have much success against a strong Dallas D.

Green Bay is reeling after losing their second straight while the Commanders turn to backup Taylor Heinicke at quarterback.

Starter Carson Wentz broke a finger in the win against the Bears. Heinicke knows the offense, and the Packers D isn’t playing well.

Consider: Wait for action and then use the best bookie software tool at your disposal to ensure profit. Don’t make any assumptions in this difficult to handicap game.

The Titans beat the Colts on the road earlier in the season. Logic says Tennessee should have an easier time beating Indianapolis at home.

But the Colts’ offense got it going versus a good Jaguars’ defense. Indianapolis may be hitting its stride.

Consider: This can go either way. The line hasn’t moved since opening at Tennessee -2.5, which tells PPH sports agents all they must know about how close in talent these two are.

The Jaguars have now lost 3 straight games. The Giants have won 3 straight and roll into Jacksonville with a 5-1 record.

But there’s a reason the Jags are the chalk, and money on the Giants hasn’t flipped to favor NYG. Are the Giants due for a letdown loss, and is Jacksonville due for a cover victory?

Tampa Bay is a mess. The Buccaneers’ defense struggled against a bad Steelers offense, and Tom Brady chewed out his line.

Carolina is in worse shape. The Panthers’ struggles continued. Carolina is such a mess that the Panthers traded starting wide receiver Robbie Anderson after a sideline outburst during the loss to the Rams.

Consider: Neither team is a solid play against the spread. It’s doubtful that per head agents will have to do much. Use the layoff account if required and set max limits on the Panthers’ ML, but that should be it.

This is a matchup between two teams that don’t like each other but the Edgar Allan Poes have the edge. Baltimore is itching for a victory. The Ravens’ defense has played great ball the past couple of games and the Ravens’ special teams is rocking.

The offense should have no trouble racking up points against a Cleveland defense struggling to stop the run and pass.

Baltimore to cover versus Cleveland could end up one of the top week 7 plays.

Consider: Some casual and pro players will see this as the gimme game of the week. Set max limits on the Browns’ money line just in case, but the real move to make should end up using the layoff account to temper risk on a Ravens’ blowout win.

After six games, it’s safe to say Atlanta is legit. The Falcons are 3-3 and atop the NFC South division. Cincinnati may have gotten their feet underneath them in a terrific win against the Saints.

With their backs against the wall, Joe Burrow threw a 60-yards fourth quarter passing touchdown to Ja’Marr Chase. It was the first game this season where football fans saw last season’s Super Bowl participant step it up.

The Bengals could be a hot commodity in your free betting software book even though Cincy and the ATL have the same record. The Falcons’ money line could attract action.

Consider: Set max limits on the ATL winning this straight up. Also, use the layoff account on Joe Cool and the Stripes if required.

Based on how the Jets played against the Green Bay Packers, many bookie website handicappers will dump on NYJ.

The Broncos’ offense remains a bust. The defense is excellent, but the offense is a problem. The preseason Super Bowl contender is fielding an offense that’s horrendous. Denver’s O is close to dead last in total offense.

Consider: Don’t expect much action on this game. The Jets are the better team, but many handicappers view NYJ as a paper tiger. The Broncos are tough to back no matter who they play. Do nothing until action forces you to do something.

Before their bye, Las Vegas played a fantastic game against the Kansas City Chiefs. The Raiders should continue to play well.

Houston always gives it their best. So some players may feel the Texans are the play at +7.

Consider: Set max limits on the Houston money lines. The Texans tend to upset teams straight up when we least expect it. Use the layoff account if pay per head bookie dollars flows to the Raiders.

Bookie websites have yet to move the odds even though most players, at least before the weekend, are pounding the Chiefs.

San Francisco didn’t play well against Atlanta while Kansas City hung with the Bills. Pro action may end up on SF because the game happens at Levi’s Stadium.

Consider: Kansas City could have a letdown game. Still, it makes sense to use the layoff account if bettors overplay the Chiefs on your sportsbook software site. Setting limits on the Niners to win straight up is a must.

The Bolts struggled to a non-cover win against the Broncos while the Seahawks dominated the Arizona Cardinals.

6.5 points will feel like a lot. So the action figures to be close to even when the Hawks and the Chargers meet on Sunday afternoon.

Consider: Max limits on Seattle’s money line is necessary. The Bolts were all out to beat the Broncos. The game was brutal in so many ways. So LAC could suffer a letdown.

Tua Tagovailoa returns, and Kenny Pickett may not play after suffering a concussion. What it means is the Fins go off at more than -7 by the time they kick this one off.

Consider: Tagovailoa changes the Dolphins’ offense. So much so that Miami could end up a -8 to -8.5 favorite. If Kenny Pickett can’t play, the line could approach Miami -9 territory. Use the layoff account and set limits on the Steelers pulling off the upset win in case it happens.

The line has moved from New England -7.5 to Patriots -9. Many believe the Patriots keep it going.

New England has dominated the Detroit Lions and the Cleveland Browns in their last two games. Why not a third versus another offensively challenged NFL team?

Consider: Use your layoff account to take risk off the table on a prominent New England win and cover. Set max limits on the Bears in case Chicago somehow pulls off the upset win.

Partner with the most experienced and safest PPH services provider in the industry. By using the best pay per head software, you not only protect your players’ and your info, but you will also make more money.

You can also take advantage of multiple promotions, including the 3 months cashback promo. Also, the more players you have, the less you pay. 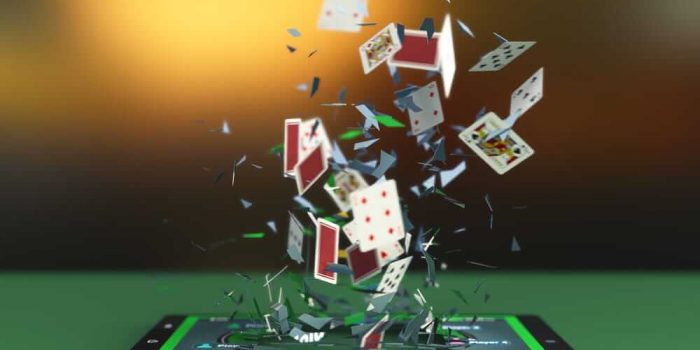 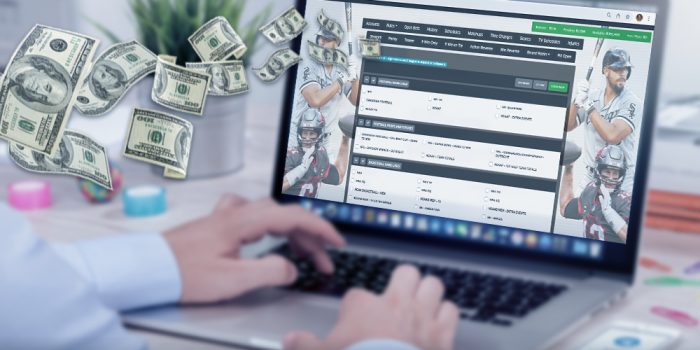 Legalized Sports Betting in the US – State by State

If you are looking to offer sports betting, you need to know all about its...

The most crucial day for gambling business owners and agents that use pay per head...