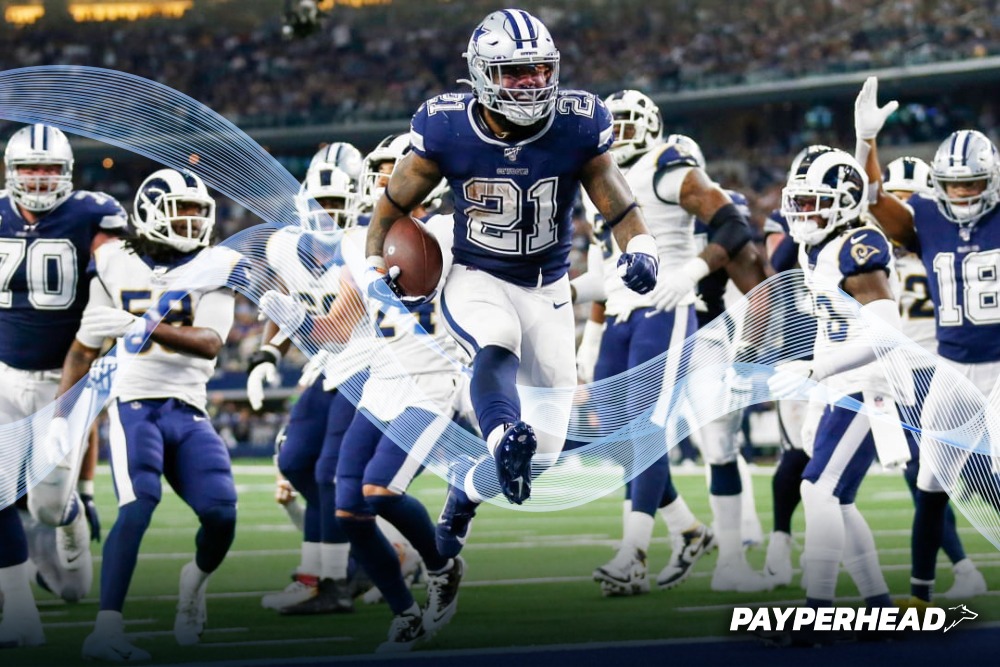 NFL Week 17 Preview. In week 17, plenty of playoff hopes are on the line. The playoff hopes brigade starts on Thursday night when the reeling Tennessee Titans hope to stave off the Dallas Cowboys. Then things pick up big time on Sunday, January 1. On Monday, the Buffalo Bills take on the Cincinnati Bengals for home field advantage. Keep reading for pay per head agent previews of every NFL Week 17 game.

The Jacksonville Jaguars, Packers, and San Francisco 49ers continued rolling. The Cowboys made up a game on the Philadelphia Eagles.

The Las Vegas Raiders lost to the Pittsburgh Steelers. Heading into this week, the Raiders will go with Jarrett Stidham at quarterback after benching Derek Carr.

Bookmaker Software Tips for Week 17 in the NFL

Sure, the Titans must start Malik Willis at quarterback. But the Tennessee Titans are a decent team, and they still have Derrick Henry.

Dallas is angling for homefield advantage. If they win their final two games and the Philadelphia Eagles lose their last two, the Boys get the 1-seed.

Action Prediction: Beware the Cowboys’ bounce. So if a pro dumps on the Titans, you know what to do.

Nothing is at stake between these two teams. Atlanta Falcons quarterback Desmond Ridder played better in his second start. Ridder should be the answer in the ATL.

The Arizona Cardinals failed to hang on to a 16-6 lead against the Tampa Bay Buccaneers.

Action Prediction: Price per head agents may not attract much action on this game, which could be a good thing. Who knows which way Falcons versus Cards will go?

The Detroit Lions had been motoring along, covering in 7 straight. The Panthers punched Detroit in the mouth.

The Bears won’t punch the Lions because their defense is a mess. Detroit figures to cover.

Action Prediction: Pay per head sportsbook agents may have to use their layoff account. Acton on the Lions should be scorching.

Jacksonville is on a 3-game winning streak. The Jags have won 4-of-5.

Jacksonville has also covered in 4-of-5. Houston has covered in 3 straight, though. So this isn’t a slam dunk.

Action Prediction: Most will side with the Jaguars. Bookmaker software agents should beware of the Houston ML. Set max limits if you’re worried.

Firing Hackett might be the reason Kansas City is a -12.5 favorite. KC is 4-10-1 against the spread after covering versus the Seahawks last week.

Action Prediction: Nobody believes in Denver. Also, the Chiefs got back to playing great on offense and okay on defense.

Tua is in the concussion protocol again. With Tagovailoa on the bench, Miami must start Jacoby Brissett.

New England keeps making boneheaded plays in the fourth quarter. They shouldn’t win this game. Expect the Patriots to fly by the 3-points spread.

Action Prediction: Here’s another where a PPH services agent may have to use their layoff account.

The New York Giants almost pulled off the upset win against the Minnesota Vikings. The Colts proved how bad they were in their last.

The Giants must continue to win to make the playoffs. Indianapolis is a mess. Another embarrassing Indy loss should be in the cards.

Action Prediction: The Colts should see zero action. Bookie website agents may have to use their tools to manage the action on this one.

The Saints travel to Philadelphia a +5.5 underdog. New Orleans may have turned the corner.

Philadelphia lost their last to the Cowboys after Miles Sander fumbled. The Eagles’ offense should move the football with no problem against the Saints’ D.

Action Prediction: Philadelphia will garner almost every dollar to cover in your book until the line rises. At +6, the pros will look to back the Saints.

Tampa had to rally to beat the Cardinals. On Sunday, the Bucs face a seriously talented team in Carolina.

The Panthers’ rushing attack is terrific. Also, Carolina’s D played great against the Lions in week 16.

Action Prediction: If you offer free bookie software, use your per head software to set limits on Carolina’s money line.

The Commanders will go with Carson Wentz. That may or may not work.

But Cleveland is a disaster. So who knows?

Action Prediction: Depending on which way the money goes, you will side with DC or you won’t.

Starting Jerrett Stidham is a bad move. It won’t help the Raiders, which is why the line moved 3 points.

Action Prediction: The Raiders won’t score much. But beware of the SF bounce. The 49ers have won eight straight, and this is a rivalry game.

Both these teams are reeling. Seattle has a home field advantage. The Jets will start Mike White.

Action should go to both sides. If that happens, agents could get lucky.

Action Prediction: Depending on where the action goes, use your best bookie software to manage it.

Green Bay has won three straight. The Packers are likely to make it four straight on Sunday.

GB will probably win via blowout. Minnesota lost to Philadelphia and Dallas on the road via blowout.

Detroit beat the Vikings by 11. We should expect Minnesota to fall in this by more than the spread.

Action Prediction: The Vikings have won the division. Green Bay will play with desperation. Bookie software agents should see more money on the Pack than the Vikes.

The Chargers have won three straight. But action is going to the Rams.

The reason? Los Angeles is 4-1 against the spread in their last 4. Also, the Rams dropped 51 onto Denver in their last.

Action Prediction: This could be a trap game for the Bolts. So make sure to set max limits on the Rams’ ML.

Pittsburgh’s defense is rolling. So much so that most handicappers are siding with the Steelers to cover.

The Ravens may have to start Tyler Huntley again. Baltimore’s defense is playing well. The under should be a hot pick.

Action Prediction: The Pittsburgh moneyline should attract action. You may have to use your layoff account if you provide PPH bookie services to Ravens fans.

Buffalo and Cincinnati have rolled. This game could be a preview of the AFC Championship.

Most can’t wait for the Josh Allen versus Joe Burrow quarterback duel. Undoubtedly, many will side with Joe Cool and the Bengals because this happens in Cincinnati.

Action Prediction: It’s doubtful one side attracts more action than the other. Use available tools to manage action if required.

If you like to make extra cash, PayPerHead is the company for you. We’ll add $100 to your sportsbook account for every referral.

But that’s not all. You can also make up to 17% of every referred friend’s deposits for up to a year.

So you not only get $100, but you also get a percentage of your referrals’ deposits for a year. We also have a promo where you can get back up to 3 months cashback.

The New Year is here. Start it off with your sportsbook in the black. Switch now, start referring, and start making more money. 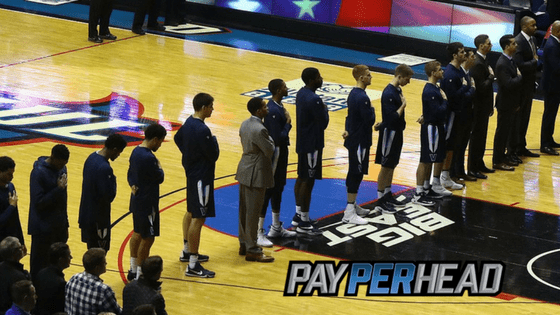 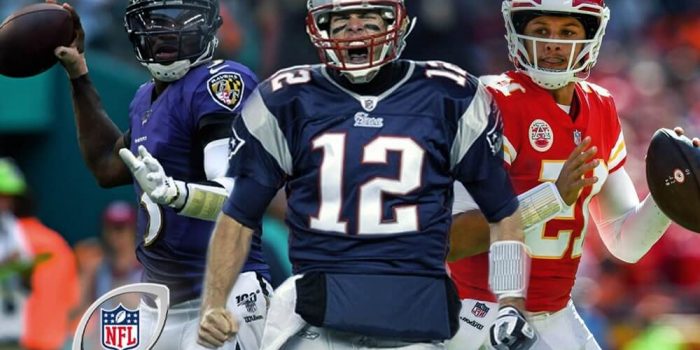 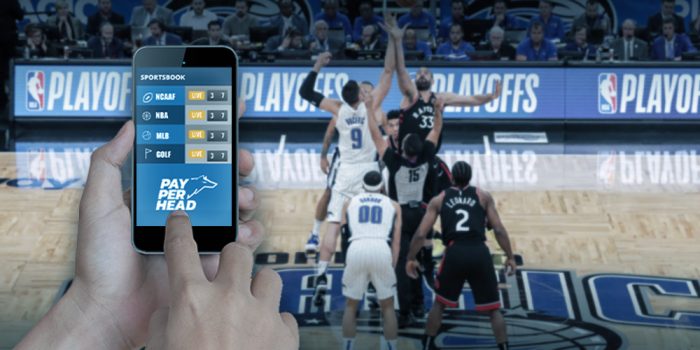 NBA Orlando Playoffs – What Are They & How Bookies Can Capitalize

We're a week into the National Basketball Association's Orlando restart, and it's safe to say...