Thursday night’s NFL Week 16 clash pits the New York Jets against the Jacksonville Jaguars. Then, because Sunday is Christmas, most NFL games happen on Saturday. Check out a pay per head agent-centric preview of every week 16 game.

The Las Vegas Raiders provided one of the craziest endings to a football game when Chandler Jones recovered a fumble 48 yards for a touchdown versus the Patriots.

The loss should have sent the New England Patriots tumbling down NFL Power Rankings. The Las Vegas Raiders won’t move up much after the win.

The Buffalo Bills, Kansas City Chiefs, and Cincinnati Bengals all won their games. Dallas lost from an overtime pick six against the Jacksonville Jaguars.

Bookmaker Software Tips for Week 16 in the NFL

Zach Wilson gets the call, but that’s not why most are all over the Jets. Quinnen Williams, the Jets’ sack master, has sent quarterbacks to the turf ten times this season.

Most expect Williams to terrorize Trevor Lawrence. But Trevor is a dual-threat QB, and the Jags have won three straight and should have no trouble in the Amazon Prime Video game.

Action Prediction: Money should end up on Jacksonville for sure. Like the Detroit Lions in the NFC, the Jags are one of the hottest teams in the league.

Setting max limits on the Jags’ ML in this week’s Amazon Prime Video game is the way to go.

The Atlanta Falcons fell to the New Orleans Saints in their last. The Baltimore Ravens lost to the Cleveland Browns.

Don’t expect the Ravens to fold in two straight. Losing to the Browns makes sense because Cleveland is a rival.

The Falcons are okay. But they’ve mailed in the season to ready Desmond Ridder as their future quarterback.

Action Prediction: Sentiment has shifted from close to 60% siding with Baltimore to 44% going with the Ravens. Price per head agents could see even action on this game.

The Lions are on fire. Detroit is tearing it up against the spread, going 7-0 ATS in their last 7.

Carolina is terrible against the spread in home games, meaning the money should go to Detroit.

Action Prediction: PPH services agents should see the most money landing on the Lions. Detroit figures to dominate a Carolina defense that showed a lot of weakness versus the Pittsburgh Steelers in their last.

The Buffalo Bills used a Saturday night game to beat the rival Miami Dolphins 32-29. The action appears to be going to the Bears.

Why? Buffalo hasn’t covered the spread in their last two games.

Action Prediction: Use your online bookie software tools to manage action in your book, meaning what happens in someone’s sportsbook may not happen in yours.

This should be one of the season’s most competitive Saturday December contests. The New Orleans Saints and Cleveland Browns are mirror images of each other.

So it’s interesting that action is going to Cleveland by 74%. Both these teams are on one game straight up winning streaks.

Action Prediction: Watch for dollars on the Saints moneyline. Use the best bookie software on the planet, PayPerHead’s, to manage action.

The Chiefs are a terrible cover team, but Seattle is 0-5 against the spread in their last 5. Still, money is flying to the Hawks.

59% are all over Seattle to cover. That’s what happens when you’re 0-5-1 against the spread at home.

Action Prediction: If you provide bookmaker software to KC fans, you could see the national percentage flip. If you don’t, beware of action on Seattle.

The Seattle Seahawks lost their Prime Video game against the San Francisco 49ers in week 15 but could bounce back versus a Chiefs team that has struggled to show brilliance against bad teams.

The Minnesota Vikings provided one of the greatest comebacks in NFL history when beating the Indianapolis Colts 39-36 in overtime after falling behind by 33 points.

The New York Giants upset the rival Washington Commanders in their last.

Action Prediction: If the Vikings bounce from the last effort, a straight up loss is possible, which is why 48% are on NYG.

Can the Cincinnati Bengals continue their impressive against the spread run? Or will the New England Patriots add a loss to the Bengals’ remarkable ATS streak?

Most believe Burrow and Cincinnati continue to roll. 67% favor the Bengals to cover.

Action Prediction: New England is due for some good luck. After the final play of their last game, where they were trying to pull a trick play, and it backfired, Bill Belichick is going to tell the Pats to get back to basics.

The Titans have lost four straight and might have to play the rest of the way Ryan Tannehill under center. Malik Willis has a ton of talent, which might explain why many are backing The Titans.

Action Prediction: 57% are on the Tennessee Titans to cover the spread. That’s in contrast to 43% who prefer the Houston Texans.

The Washington Commanders blew a game against the rival Giants in their last. That could be an issue because the San Francisco 49ers are scorching.

The Niners have won five games straight up and against the spread.

Action Prediction: 63% like the 49ers to cover. It’s doubtful that pros change the percentage much because San Francisco’s defense is the best in the NFL.

The Dallas Cowboys had no answer for Trevor Lawrence and the Jacksonville Jaguars. Philadelphia Eagles quarterback Jalen Hurts might play, which is the likeliest reason why the line fell two points in the past 48 hours.

Action Prediction: If Hurts plays, Philadelphia can win this straight up. Sportsbook software agents should keep that in mind when they manage the action on this contest.

Chandler Jones ran back a trick play fumble or interception, call it what you want, against the New England Patriots to hand the Las Vegas Raiders a victory.

The Pittsburgh Steelers marched into Bank of America Stadium in Charlotte and blasted the Carolina Panthers.

Action Prediction: So far, as a bookie website agent might expect, 50% are backing the Steelers and 50% are all over the Raiders. Those percentages shouldn’t change.

In their last, the Green Bay Packers had no trouble against the Los Angeles Rams. The Miami Dolphins should pose more of an issue.

Miami’s offense excels at home, so 64% believe the Fins cover the spread.

Action Prediction: Agents that offer this game on their betting program should set max limits on the Packers’ ML. Green Bay faces another must-win competition.

The Denver Broncos play better on offense with Brett Rypien under center than quarterback Russell Wilson.

Russ is 34 years old. So it makes sense that his skills have deteriorated.

Action Prediction: Baker Mayfield may have to play behind a makeshift offensive line. So it’s no surprise that the action is flowing to Denver on most bookie websites.

The Tampa Bay Buccaneers have struggled this season. Arizona is a disaster, though, which is why the Buccaneers are such huge favorites.

Action Prediction: Nobody predicted the Tampa Bay Buccaneers to head into the season with a 6-8 record and only a game ahead of their NFC South rivals. In this game, 65% feel Tampa Bay covers.

The Los Angeles Chargers have turned things around. LAC had lost 3-of-4, but in their last two, the Chargers have beaten Miami and Tennessee.

Action Prediction: Close to 70% feel the Chargers cover the spread. The Colts played well against Minnesota in their last, only to suffer the most incredible implosion in NFL history.

Losing to the Vikings the way the Indianapolis Colts did in week 15 should affect them in this game. So the 70% could end up 74% by kickoff.

Open a PayPerHead Sportsbook and get up to 3 months cashback

Agents have plenty of reasons to join PayPerHead. If you open a PayPerHead sportsbook soon, you can get up to 3 months cashback.

Not only that, you can participate in a referral program that pays you up to 17% of every referred friend’s deposits for up to a year. Some of our agents have had so much success most of their monthly revenue comes from referring friends.

Also, by joining PayPerHead, you can utilize the safest, most secure, proprietary sportsbook possible. We also provide your players with the most possible betting options, including a props builder tool, which boosts action by at least 15%. 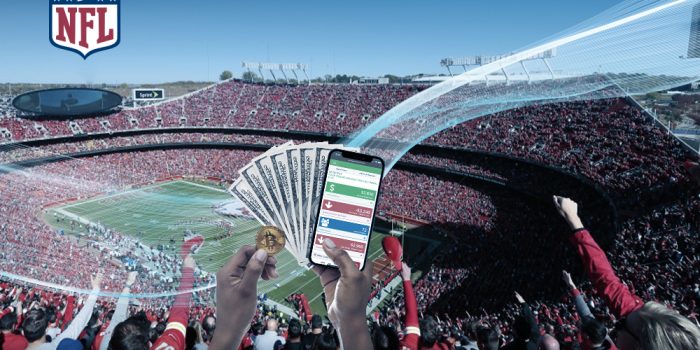 The NFL season is here, and online bookie agents should make more money because of... 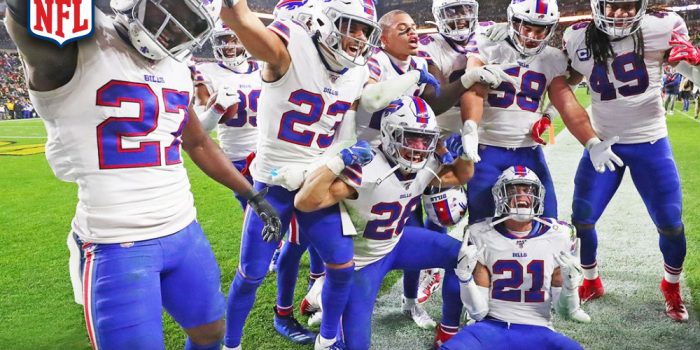