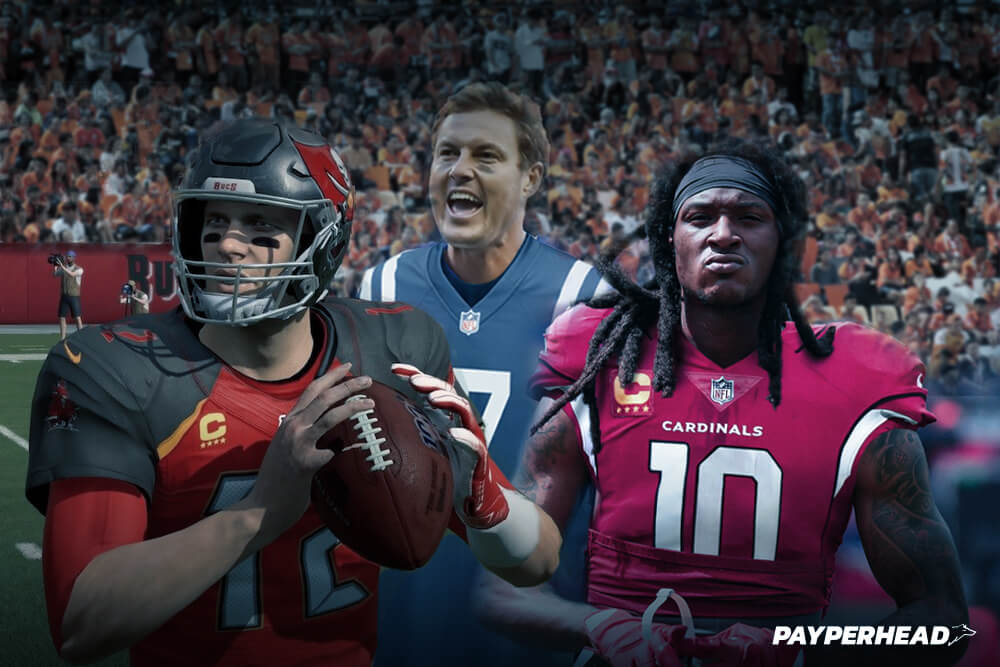 The NFL’s legal tampering window opened last Wednesday and we’ve seen a ton of big moves since then in the 2020 off-season.

Let’s examine who the big winners of free agency are in the 2020 NFL off-season and the moves that got them there.

The Arizona Cardinals wasted no time in making one of the biggest moves this offseason.  They pretty much stole DeAndre Hopkins from the Texans, giving Kyler Murray yet another weapon on offense. This thrusts them into contention for the NFC West and makes the division on a while much more competitive.

So what did the Cardinals have to give up for one of the best offensive players in the game?

The only thing the Texans asked for in return was running back David Johnson, a second-round pick and swap fourth-round spots.  That’s it.

Johnson was perhaps the best running back in the league a few years back.  But season’s mired in injury have completely derailed his career and it’s amazing that Houston even wanted him at all.  He has spent more time off the field than on it the last 3 years and ranked 32nd amongst qualified starters last year at the position.  This makes him and the Texans a pair of the bigger losers this offseason.

The Cardinals now have what many to believe will be a Top-5 NFL offense in 2020 after the off-season.  As it stands, their skill positions on offense will look something like this:

Make no mistake, this team has all the firepower necessary to win their first NFC West title since 2009

It is not often that the eyes of the world fall anywhere near the Tampa Bay Buccaneers.  They haven’t won a Super Bowl in 17 years and haven’t had many positive seasons since.

But they went ahead and broke the internet last week by scooping up Tom Brady just hours after he announced his intentions to leave New England in what is the biggest news of the 2020 NFL off-season.  While he and Giselle frolicked on beaches in Costa Rica, carefree and enjoying life, he Twitterverse was going crazy with what many thought would never happen.

Tom Brady has left the Patriots. It just feels wrong.

It appears the Patriots did enough to anger their biggest asset that he thought it better to play for a team that went 7-9 last year and third in the NFC South.  Maybe he just needs a challenge after nearly two decades of dominating the AFC East.

So the Bucs put on their big boy pants and made TB12 a $30M 2-year contract to take his services to Florida.  Remember Florida has no state income tax so Brady will be making more off this deal than any other team could offer at the same price.

The Bucs have now put themselves on a very tight clock.  Two years to win a Super Bowl.  Even if Brady’s contract was longer than 2 years, his viability as a starter is running out.  Amazingly, at first glance, the Bucs might actually have enough to pull a runoff.

Tom Brady has something that he has never had before.   Two young wide receivers who have both totaled 1000 yards in each of their first six seasons in the league.  Those two guys are Mike Evans and Chris Godwin and will probably be the best talent Brady has had since the days of Randy Moss.

This was a huge win not only for the Bucs, but also for Bruce Arians.  He knew what he wanted and made sure his team got it.  Now Brady will be playing with another storied coach and perhaps have an even more talented offense.

Arians did an amazing job of retaining their most important defensive players as well.

Outside lineman Jason Pierre-Paul and Shaq Barrett along with defensive lineman Ndamukong Suh.  Suh was the final piece of the puzzle, signing on Thursday, but really makes the Bucs a fearsome team on both sides of the ball.

The decision-makers in Minnesota had a clear choice to make this off-season.  Keep Kirk Cousins under center or keep Stefon Diggs as their number one wide receiver.  The Vikings smartly chose Cousins and left Diggs as the odd man out in Minnesota.

The Bills were the big winners of that decision and moved immediately to make Diggs their top option.

He now gets a fresh start with young quarterback Josh Allen, which might be a much better fit for both. It’s no secret that Allen has a howitzer for an arm, and paired with Diggs’ speed, could find each having a career year.  That is, if, Allen can work on his accuracy a little.

Diggs joins an offense that already has John Brown, Dawson Knox, Cole Beasley, and Devin Singletary.  With the Patriots now a big question mark in the division, this leaves the door wide open for Buffalo to win the AFC East for the first time since 1995.

The Colts made a great move to replace Andrew Luck who retired just weeks before the 2019 NFL season.  Sure, it took Indy a whole year to do so, but they finally filled that void.

The Colts made a big splash in the 2020 off-season last week by signing Phillip Rivers away from the Los Angeles Chargers, the only NFL team he has ever known.

Rivers fell out of favor in Los Angeles after 15 seasons due to his slip in play along with his age.  Despite never bringing the Chargers to a Super Bowl, Rivers was long considered a top option at the position and revered in LA.

But then 2019 came and the 38-year-old ended the year ranked third-worst in the NFL, a total of 20 interceptions and a passer rating of just 88.5.  His TD percentage was just 3.9% and his yards per attempt were a scant 7.1.  Each and every one of those metrics marks the worst of Rivers’ career since he became a starter in 2006.

But much like the Buccaneers are doing, the Colts are hoping for this aging superstar to bounce back in 2020 and thrust them into contention for the division.  And much like Brady, Rivers might just need a new challenge and a new setting to get him back in the winning mood.

Now don’t let the fact that Rivers heading to Indy is a good thing make you think that LA is the loser here.  Truth be told, Rivers and the Chargers are better off without each other at this point.

The only real loss by the Chargers was losing out on the Tom Brady race in the NFL off-season in 2020.

But they might not really need either one to succeed and did a lot elsewhere to get better.

LA wisely used their franchise tag on Hunter Henry, locking up the 25-year old TE for another year.  They signed Pro-Bowl guard Trai Turner to strengthen their O-line along with tackle Bryan Bulaga.  Defensive depth expanded as well with Linval Joseph at tackle and cornerback Chris Harris Jr.  Harris makes one of the best secondaries in the league even better and teams will be hard-pressed to get their passing game going.

The Chargers surprised many by announcing after Rivers left and Brady signed in Tampa that they would not seek another QB this year.

That leaves Tyrod Taylor as the man in LA.  While that is not ideal, just look at what happened to the Patriots when their start QB left.  Things could be worse.

Taylor will have a lot of time to work with as the Chargers really committed themselves to protect whoever their eventual QB was. This applies especially to Bulaga, who provides the Chargers a massive upgrade to their pass protection.  Over the last six years, he is the second-best right tackle in the pass-block game and will be complemented by Turner.  This gives LA one of the stronger right sides of their offensive line and will really give Taylor a chance to make good decisions in the pocket.

That’s it for our update on the 2020 NFL off-season. To keep up with NFL news come back and see us at Pay Per Head, and check out our blog. 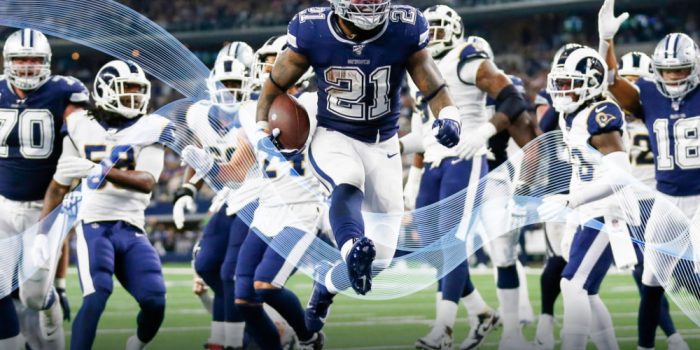 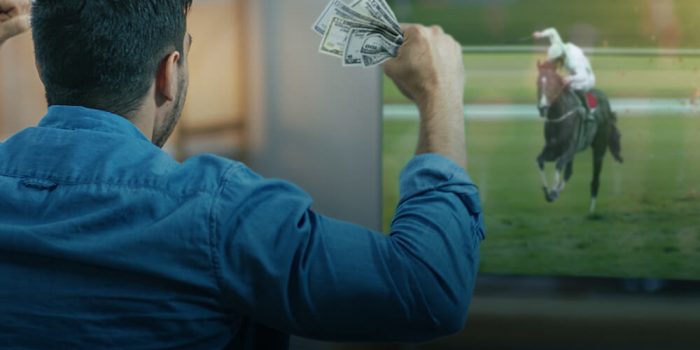 How to Turn Sports Bettors into Horseplayers

Sports bettors don't have much to get down on these days; keep them busy by... 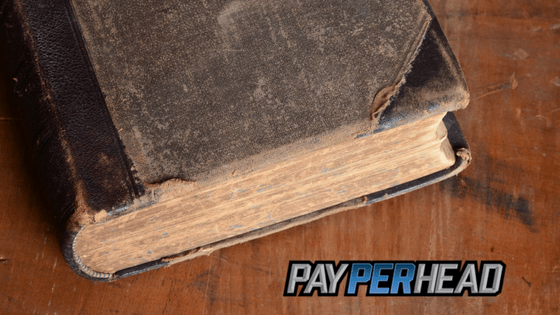