The first couple of NCAA Tournament rounds were as exciting as ever. The 2022 March Madness schedule takes us to this year’s Sweet 16 and Elite Eight. Which teams will prove risky to your bookie website? Check out our NCAA Tournament Sweet 16 and final Eight predictions.

Fifteen upsets happened in the first two rounds of this season’s NCAA Tournament. The dogs barked big time in the first couple of rounds.

Will the barking continue? Or will the favorites rise and steal the underdogs’ thunder?

Our March Madness bracket predictions weren’t great. Only two of our 1-seeds remain alive. But just because we didn’t have a crystal ball when determining which teams would grab which seeds, it doesn’t mean we don’t have a good idea of what might happen in the Sweet 16.

Check out our pay per head predictions for this week’s March Madness games.

** Broadcast network and date listed next to each region

The Zags haven’t disappointed in the win department. But they have against the spread.

The Bulldogs failed to cover by 1 ½ points versus Georgia State. In Round 2, Memphis almost beat the Zags.

Arkansas is in the same boat as Gonzaga. Except in the Hogs’ case, some wise guy March Madness players thought Vermont or New Mexico State might beat Arkansas.

The fact Arkansas didn’t cover doesn’t mean much. The Razorbacks have nothing to lose. They’ll make this much closer than the 9-point spread.

Use your PPH sportsbook layoff account to manage ATS wagering on the Hogs.

Before the NCAA Tournament tipped, a bunch of money landed on Duke to win the March Madness Final Four. Online bookie agents that accepted so much money on Duke believed the Blue Devils would fail early.

Nope. Duke has become a favorite to win it all because they’ve got an excellent frontcourt with Paolo Banchero and Mark Williams and veteran leadership through Wendell Moore Jr.

But although the Blue Devils have become a hot bet to cut down the nets on April 4, the Dookies are underdogs versus Texas Tech. The line is nothing to worry about, Duke is -105 as the dog, but a few of your players who are Cameron Crazies might decide to dump on the Devils.

So what should you do? Per head agents should set max bet limits on the Duke moneyline. Then, for added protection, set max limits on the Red Raiders ML even though we believe Duke wins and covers.

At times, all it takes is a single game for one team to get onto a roll. Such is the case with the Michigan Wolverines.

Juwan Howard’s squad rallied from 10 points down in their first round game to beat Colorado State. Then in their second, the Wolverines outlasted SEC Tournament winner Tennessee 76-68.

Nova won the title in 2016 and 2018. Jay Wright believes his crew is ready for another net-cutting ceremony.

Your players should pound Nova ATS. Use your layoff account if that’s the case. To be safe, set max limits on Michigan’s moneyline.

The Cougars are en fuego. Houston dominated Illinois in their second round contest.

Houston, the American Athletic Conference’s top squad, will be searching for their second straight Elite Eight appearance in the NCAA Tournament.

A March Madness victory in the Eight would lead to a second straight Final Four appearance. Money is flying to Houston against the spread and on the moneyline. So set max betting limits and lay off risky bets.

But before crowning Houston, we must consider that the Arizona Wildcats got their scare. Houston has yet to face an offense as fast and effective as Arizona’s.

There’s a chance the Cats win and cover. The spread is such that bets could land on Zona to win straight up. So set max limits and use your layoff account no matter which team attracts the most action.

Drame has no shot of reaching nine rebounds, which is the least amount required to counter what 7’ 4” Zach Eddy and 6′ 10″ Trevion Williams will clean off the glass.

The spread is high, 12 ½ points, but Purdue covered versus Texas, and Saint Peter’s doesn’t have enough to hang with the Big Ten’s top team. If Eddy and Williams don’t dominate, Jayden Ivey will.

There’s a chance all three score over 20, which means the Boilermakers should blow out the Peacocks. Set max limits on the underdog moneyline, but know that Purdue looks like a solid play to cover.

The spread suggests that price per head agents should set max bet moneylines on the Bruins and the Tar Heels. The UCLA Bruins are the slight favorite.

Kansas squeaked by the tough Creighton Blue Jays 79-72 in their Round 2 contest. The Jayhawks are a top three chalk to win the National Championship.

On Friday, Rock Chalk takes on one of the most underrated teams still playing in the NCAA Tournament, the Providence Friars.

March Madness is crazy because teams like Providence go off at +7 ½ even though they haven’t allowed 60 points to their NCAA Tournament opponents. The Friars will frustrate Kansas all day.

The prediction is that Providence wins straight up. So set limits on the Friars’ ML and use your layoff account. Also, consider setting max betting limits on Providence to win it all because as of March 22, the odds were +5000.

Miami is close to money on the free-throw line. As a team, the Hurricanes shoot 75% from the line.

Iowa State shoots 68% from the charity stripe. Miami may not have to foul. If the Canes must, they will, and the strategy could lead to success.

Miami has played lights out versus a couple of good teams. Beating Auburn was no easy task. Iowa State beat an overrated LSU squad and then took down Wisconsin.

The Badgers shoot less than 32% from three and less than 42% from the field. So the Cyclones weren’t as massive of a dog as so many believed they were.

The Hurricanes are the chalk and should play like one. Use the usual tools to manage the action on either side. But know that Miami is the better team and should play on Sunday.

Duke versus Gonzaga would be a rematch of an early-season battle that, surprisingly, the Blue Devils won.

Duke played Gonzaga about as well as they could. Or did they? The Dookies used the second round game against Michigan State to become a force.

Coach K’s final season is turning into a happy dream. The Blue Devils march to New Orleans with a shot at sending Coach K into retirement with a seventh National Championship.

North Carolina’s second round game was as strange as it gets. The Tar Heels built a 25-point lead over the 1-seed Baylor Bears only watch the lead evaporate and Baylor force overtime.

Most teams would give up after surrendering a 25-point lead. Not the Heels. North Carolina played their best ball in the OT period to send Baylor home.

North Carolina may not lose another game during the NCAA Tournament. Point guard R.J. Davis scored 30 points and had 6 assists versus Baylor.

In the game before, Davis dished 12 assists. Armando Bacot is good enough to hold Eddy to eight rebounds or less. UNC rolls to the Final Four with a big shot of throwing down in the championship game.

Before hiring Sean Miller as head coach in 2009, Arizona had interviewed Villanova HC Jay Wright. So there’s history between the Nova coach and his team’s opponent should Arizona versus Villanova happen.

If Zona does play Nova, watch for money on both teams. U-of-A and Villanova are two of the most popular NCAAM teams in the country.

Arizona should win. The Desert Wildcats are deeper than the Philly Wildcats.

Miami is a solid squad. If the Jayhawks beat the Friars, then the Hurricanes will have a chance to send Rock Chalk back to Lawrence.

But if Providence beats Kansas, and if they do so by holding the Jayhawks to less than 60 points, the Canes should be in some trouble.

Import players to PayPerHead and use our proprietary sportsbook software free for two weeks. We designed our software and continue to upgrade it to boost action and your bottom line.

By signing up, you can make agent payments and give your players the ability to deposit directly into their betting accounts. You can also participate in one of the price per head industry’s best referral programs.

Remember, all of our tools and features are yours to use free for two weeks once you activate a PayPerHead account. Call 1-800-605-4767 and get started. 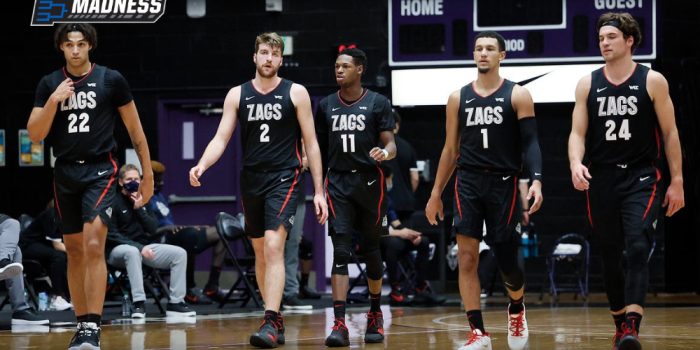 The 2022 March Madness Schedule is set, and the basketball committee that sets brackets has...

Pay Per Head Tips: How To Keep Players Betting After Super Bowl  Many online bookie... 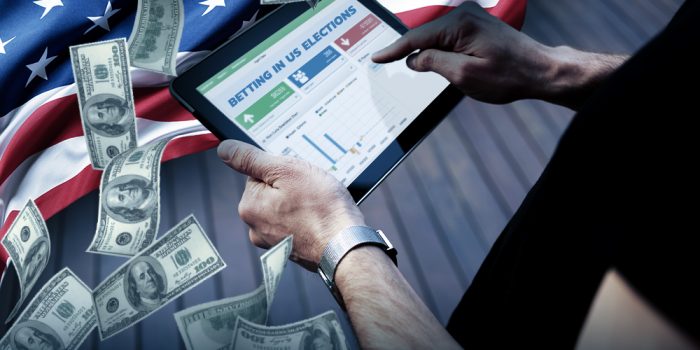 Betting on the U.S. Election: Why Not Run a November 3 Election Contest?