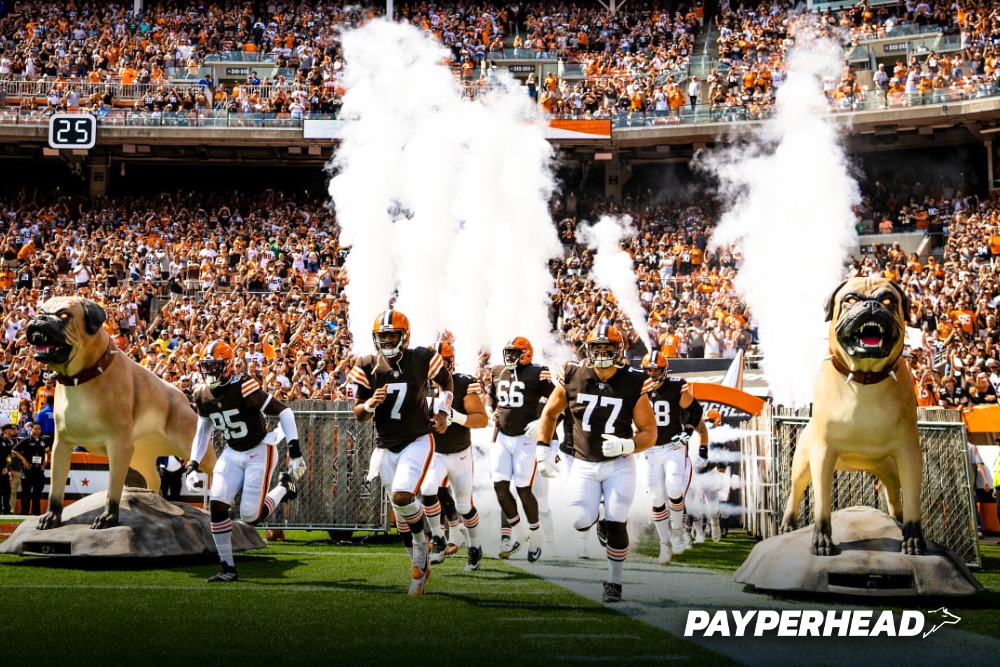 Heading into NFL Week 3, pay per head agents have reasons to be excited. The NFL is in full force, so bookie betting sites should be rocking and rolling. Check out a preview of every game in week three, along with the move pay per head sportsbook agents should consider. 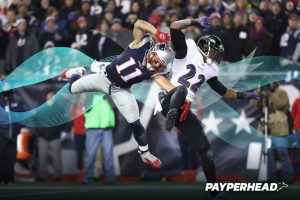 Losers against the spread included teams like the Minnesota Vikings falling to the surprising Philadelphia Eagles, the New Orleans Saints versus the Buccaneers after Jameis Winston threw three picks, and the Tennessee Titans, who fell to 0-2.

Although Kansas City won, the KC failed to cover against the spread in a 4-point push versus the rival Los Angeles Chargers. See below for everything pay per head sportsbook agents must know about NFL Week 3.

The Patriots beat the Steelers 17-14. For the time being, Mike Tomlin said he’s sticking with Mitch Trubisky at quarterback.

Time being in Tomlin world could mean a half, which is why the odds on this game make zero sense. The Browns fell to the Jets in a home tilt in week 2.

Consider: Steelers’ money line should be scorching. The Browns’ defense allowed a team quarterbacked by Joe Flacco to post 31 points in a 31-30 loss. Even Trubisky should have a decent day. So set max limits.

If not for a fourth-quarter implosion, the New Orleans Saints may have won their fifth regular season game versus the Tampa Bay Buccaneers.

The Panthers rallied smartly but came up short versus the now 2-0 New York Giants. Carolina doesn’t seem as good as New Orleans. At least on paper, they don’t, but the Saints always struggle versus Carolina.

Consider: This could go one of two ways on your bookie website. Either players pound the Saints at -3, or they go the opposite direction and take the 3 on Baker Mayfield and the Panthers. Set up your bookie software site for success by using your layoff account or setting max limits.

Houston lost in week 2, but the Texans played well, falling 16-9 to the Denver Broncos. Chicago got smacked around by Green Bay like they always do.

Houston coach Lovie Smith used to be the main man in Chicago, which should add some drama to the most uninteresting game on the NFL Week 3 slate.

Consider: The line implies the Texans are the better team by half a point. It sounds crazy, but it’s hard to argue that fact. Players will be all over Houston against the spread and win straight up. Set max limits.

The Chiefs rallied to beat the tough Los Angeles Chargers. Kansas City has proven to be one of the top teams in the league.

On paper, this is an easy win for Mahomes and the Chiefs. The Colts are reeling after a spanking they received at the hands of the Jacksonville Jaguars.

Consider: The Colts always struggle in Jacksonville. Does that give the Colts a reason for losing 0-24? Nope. But it doesn’t mean Indianapolis won’t step it up versus KC. Some players will see this as a trap game for the Chiefs. Like always, set your price per head book up for success.

The best game in NFL Week 3 pits the 2-0 Buffalo Bills against the 2-0 Miami Dolphins. The Bills’ offense looks unstoppable, but Miami may have turned the corner in week 2.

Buffalo dominated the Titans 41-7. The Fins rallied to score 28 points in the fourth quarter to beat the Baltimore Ravens 42-38. Miami QB Tua Tagovailoa tossed 6 TDs and threw for 469 yards.

Consider: Buffalo looks unbeatable, but sometimes, and a few of your players will know this, a team has one of those games where they go from good to great. Tagovailoa should be a great quarterback from now until the end of his career. Some NFL bettors are going to pound the Fins’ money line. Beware huge payouts on a Miami upset victory.

In a couple of games, the Lions have scored 35 and 36 points while yielding 38 and 27. The Vikings didn’t score more than 7 versus the Eagles on Monday night, but Minnesota’s offense can go for 30 in a heartbeat.

Consider: PPH sports agents could see more action on the over-under total than they do on either team to cover. The Lions are legit. So set max limits on Detroit’s money line.

Ravens versus Patriots should be a great game. Both teams are quality squads.

The Edgar Allan Poes blew a massive lead over the Miami Dolphins. How Baltimore bounces back after the loss is anybody’s guess. The Patriots beat the Pittsburgh Steelers in an excellent road performance.

Consider: Every week, there’s at least one NFL game that should require minimal management. Ravens at Patriots could be this week’s game. Expect almost the same amount of money on both sides. Go ahead and set max limits on the Baltimore money line to ensure you don’t take a bath if Lamar Jackson goes off.

Bengals versus Jets could be a close contest. The Bengals blew the game versus the Steelers in NFL Week 1.

Then in week 2, Cincinnati allowed Cooper Rush to rally the Cowboys to an upset win. In their second game, the Jets rallied to beat the Cleveland Browns on the road.

Consider: Let the money that lands on your betting program site determine how to manage this game. Action could fall on both teams. Your players could end up dumping on the NYJ money line.

Both teams are 0-2 after Kyler Murray did his Tua impression by rallying the Cardinals to an overtime victory over the Raiders and the Titans had no answer for Josh Allen and the Bills.

The Las Vegas offensive line remains a mess. After the first half, Tennessee’s defense shuts down. It doesn’t shut down opponents. It shuts down as it stops playing.

Consider: Most players will consider backing the Raiders just because Las Vegas has shown some heart in their two losses. The Titans have shown zero heart in a close loss to the Giants and a terrible game against the Bills. Let the money determine the move you make.

The Eagles should dominate a hapless Washington team that got lucky in the first week and Detroit exposed in the second.

The Eagles are for real as long as the defense holds up. Former Philadelphia quarterback Carson Wentz won’t expose a Philadelphia secondary that played much better in Philly’s second game.

Consider: Agents that use bookmaker software may have to use their layoff account. More action figures to flow to the Eagles than it does to any favorite in NFL Week 3.

Jacksonville looked fantastic in their 24-0 victory over the Indianapolis Colts. The Jags’ defense is good enough to win this game.

The reason? Justin Herbert won’t be one-hundred percent, so the Bolts may have to be much more conservative.

Consider: Set max limits on the Jaguars money line. Also, use your layoff account if money lands on Jacksonville. The Jags are a legit playoff contender, and the Chargers give up too many points in this.

On paper, the Rams should win. But Los Angeles almost allowed Atlanta to make a comeback in the week two victory.

Arizona rallied to beat the Raiders. This game could go either way. Kyler Murray proved he’s a legit QB1, while it’s challenging to believe LAR is 7 points better than the Cardinals, the -4 and -3 assigned to the home team.

Consider: Zona’s money line could warm up. Set max limits on the Cards to win this one straight up.

After the first game victory over the Denver Broncos, Seattle fans had reason to celebrate. In week 2, the Seahawks crashed down to earth in a loss to the 49ers.

Twice already, the Falcons had a shot at winning games. But the ATL couldn’t get it done versus the Saints in their first game and the Rams in their second.

Consider: Atlanta is on the cusp of a victory. Don’t be surprised if Marcus Mariota leads the Falcons to a win over Geno Smith and the Seahawks. Because the ATL winning is a real possibility, using your layoff account is the way to go.

Tampa Bay got lucky versus New Orleans. If not for a Mark Ingram fumble inside the Buccaneers’ ten, the Saints may have beaten Tampa.

Green Bay got back on track by dominating the Chicago Bears. Texans – Bears could go either way.

Consider: Let the money determine how you manage action on this contest. Your players could either side with the Packers or go with the Bucs.

Because Jimmy is under center, the 49ers figure to go off the favorite. But Denver looked decent in a victory against the tough Houston Texans. The Broncos should cover.

Consider: Check out where the money is going and then manage this game. It could go either way. So bookmakers that run bookie websites shouldn’t make decisions until Sunday morning or even Sunday afternoon.

Cooper Rush is a solid quarterback, but we shouldn’t read too much into the rally victory over the Bengals. There’s something wrong in Cincinnati.

The Giants are 2-0 because of head coach Brian Daboll’s leadership. Daboll will come up with a strategy to expose Dallas’ defense.

Consider: Here’s another where players will use your free betting software to back one of both ways. Wait until Monday morning, or a couple of hours before the game, to use your layoff account or set limits on the Cowboys money line.

In addition to providing top PPH services, we also have the best promos in the industry. If you transfer your sportsbook to us, we’ll give you up to 3 months cashback.

Plus, the more players you have, the less you pay, and if you join us soon, you can take part in the best refer a friend program in the industry, one where you can make up to 17% of referred friends’ deposits for up to a year. 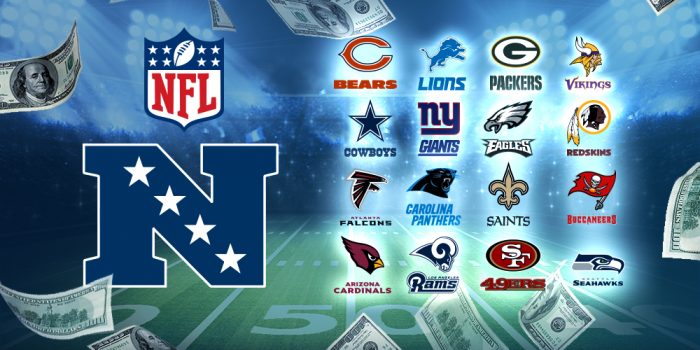 To help online bookie agents get ready for a monster football season, we offer info... 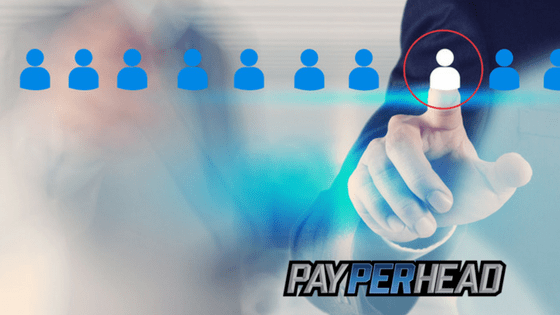 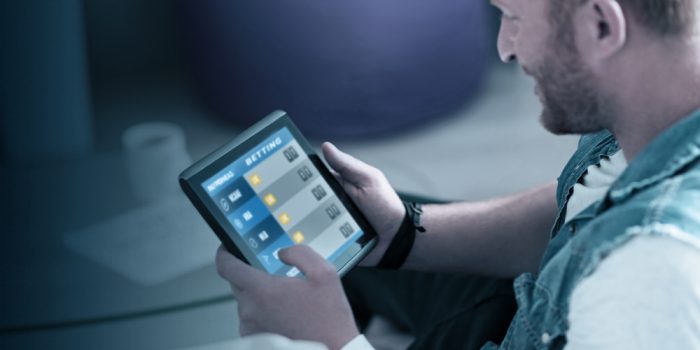